Italian cookies form their own category inside the cookie world. They often have interesting shapes, are not quite as sweet, and usually are very lightweight and crunchy. One variety, biscotti, are unusual because they are baked twice. There are many variations, but this is the easiest biscotti recipe I could find; and, it turned up in my mother’s recipe box under the heading, “from Dede.” I inherited her recipes and although she is still alive at 97 years old, her cooking and baking days are over. She is currently living in a memory care facility in San Marcos, California. She used to make these all the time and kept them stored in a cookie tin on her kitchen counter.

These particular biscotti, made with almonds and anise seeds, originated in the Tuscan city of Prato. They are also called cantucci in Italy; “cantuccio” refers to the crusty end of a loaf of bread. Because they are very light and dry, they are meant to be dipped in a liquid-like coffee, cocoa, tea or dessert wine. Today in Italy, “biscotto” is a biscuit, but the medieval Latin word means “twice cooked.” These cookies are baked twice which allows them to be stored and kept for long periods.

The traditional recipe from the Prato baker, Antonio Mattei, was only made out of flour, sugar, eggs, pine nuts and almonds. There were no eggs, butter or leavening. He brought them to the second world’s fair, the 1867 Exposition Universelle, held in Paris, where he won a prize and also introduced them to the rest of Europe. I don’t think the untraditional addition of almond flavoring, butter and eggs in this recipe makes them any worse.

Sift or whisk the flour with baking powder and salt in a medium bowl. Set aside.

Melt butter and cool. In a large mixing bowl beat the melted butter, sugar and anise seed. Beat in the eggs until smooth. Add the flavoring and water. Again, beat to mix well.

Gradually add the flour mixture to the egg and sugar mixture. Add the almonds and mix until completely blended. Refrigerate for 2-3 hours.

Preheat oven to 375 degrees. Lightly butter a cookie tin. Divide the dough into three parts. Form each part into a long loaf the length of a shallow cookie pan, and about 2 inches wide by ½ inch high. Line them up side by side leaving space between them. They will expand, and you don’t want them to touch. Bake for 20 minutes. Don’t overbake. I removed mine when I saw that the ends were turning slightly brown.

Using a long spatula, remove the loaves from the pan and put on a cutting board. With a sharp knife, cut the loaves diagonally into 5-6 inch long slices that are about ¾ inch wide. Put the slices, cut side up, back on the cookie sheet and bake another 10-15 minutes until they are solid like toast but not browned. Cool on racks and then store in airtight containers. Makes about 4 ½ dozen cookies.

Do you have a recent photo you’d like to share? Send it to us for consideration by emailing it to [email protected] or mailing it...
Read more
Arts & Culture

Humorously, each pancake is one leaf of cabbage that has been dragged through a batter and fried until crisp. Spoon on...
Read more
Arts & Culture 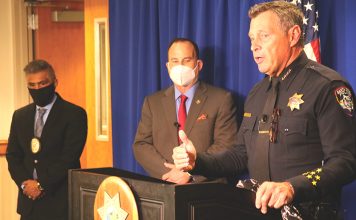