The most beautiful, creamy, white cauliflowers have been coming out of the fields and it’s worth taking advantage of their arrival. Joining cauliflowers this spring are lemons and mint.  This salad is one way to celebrate the season and its wealth. Cauliflower is roasted and then combined with lemon, mint, raisins and a hearty grain giving this salad substance and a very Mediterranean or Central Californian flavor.

Although this recipe resembles a typical hippie dish from the 1970s, it is actually an example of Hyderabadi cuisine that evolved out of an ancient kingdom, the Bahmani Sultanate, in southern India in the 1400s. Any grain can be used in this recipe including quinoa, rice, farro, barley, millet, bulgar, corn or oats. The authentic grain for this dish is called freekeh or farik, an ancient variety of wheat that is harvested while green, sundried, roasted, the straw and chaff are rubbed off, and, finally, it is cracked into bits. Its name is derived from the Arabic word, “to rub.” It is an example of famine or poverty food, food that evolved out of a time of scarcity and then later becomes part of the culinary culture. In this case, people were forced to harvest the wheat early and then developed a way to make it edible. The process gives it a distinct earthy, nutty and somewhat smoky flavor. Cracked bulgar wheat is a closed substitute.

Vegetable stock is easy to make and adds to the flavor of whatever it is used in. I keep a plastic container in the freezer where I add clean onion, carrot and potato skins as I’m preparing other food. When the container is full, I put the contents in a saucepan, cover with cold water and slowing bring it nearly to a boil. Lower the heat and simmer for an hour or more. Strain, date and freeze until needed. Celery and parsley are also important components and I also always add sweet potato skins and a few porcini or shitake dried mushrooms.

Salt and pepper to taste

Preheat oven to 425 degrees. Wash, dry and break the cauliflower into bite-size florets. Put them in a bowl and toss with olive oil. Spread them evenly on a rimmed baking sheet and sprinkle with salt and pepper. Bake for 25-30 minutes, or until the florets start to get brown and crispy. Cool to room temperature.

Cook the freekeh or bulgar by putting it in a medium saucepan with 1½ cups of water or broth. Bring to a boil. Lower the heat, simmer covered for 20-25 minutes until the grain is tender and has absorbed all of the liquid. Fluff it with a fork and cool slightly.

Finally, put the salad together. In a large bowl combine the roasted cauliflower, grain, raisins and lemon zest. Drizzle with the dressing and carefully mix until all ingredients are evenly coated. Taste and adjust the seasonings. Just before serving, add the mint. It can be served cold or at room temperature. 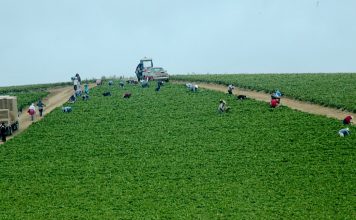 The Hideout on the mend