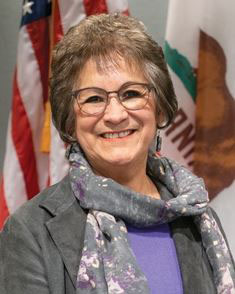 Black Lives Matter. Consequently, Watsonville wants to assure that the police department provides the best services available for public safety and racial and social equity. Police Chief David Honda has shared the many successful programs provided to youth and adults, but acknowledges some programs can be improved and expanded. Perhaps there are new programs that need to be initiated? Perhaps funding needs to be examined? Perhaps more training needs to occur? A process has been developed to obtain community input to make a recommendation to the City Council to make our police department the best it can be.

There are seven successful police programs that service our community to build trust and provide safety. I will mention two. The Police Activities League (PAL) is a youth crime prevention program that serves people between 4-20 years of age. It relies on education, mentorships, athletics and other recreational activities to cement a bond among police officers, recreation leaders, other young people and their parents. PAL provides the opportunity to become a positive influence in their community through their participation in various leadership and team building activities such as giving flowers to mothers at their homes for Mother’s Day. On average, PAL is able to give guidance to 425 local young people on a yearly basis.

Another program is Agua con la Chota (Water with the Cop). WPD works with local berry growers and several community-based organizations to engage field workers on topics that matter to them. Some of the conversations have been on police procedures, drugs, gangs, immigration laws and their role in connecting with the police department. Farmworkers are able to meet a variety of police employees which include the police chief, detectives, traffic officers and special investigations officers. When the officers go out to the agricultural fields to speak with the farmworkers they take agua (water) and a meal. Several of the farmworkers have also participated in ride-alongs which builds on that trust.

In March the voters overwhelmingly passed Measure Y to continue funding the police department for the salaries of seven police officers and four professional staff (Crime Analyst, Police Service Specialist, Property and Evidence Technician and Youth Specialist). Unfortunately, Covid-19 will have an impact on the sales tax reduction that will directly affect Measure Y. Consequently, a few of these positions have been moved to the General Fund. In addition, all Capital Improvement Programs for the Police Department have been put on hold. We will need to determine how to support the department financially to continue providing the best services to the community.

During this national unrest regarding systemic racism, police oversight and budget allocations, I and council member Francisco Estrada suggested to the Chief and City Manager Matt Huffaker that we needed to invite the community to give input on how to improve the trust and confidence with the police department. Accountability and transparency must be attained with the community. The Chief has proposed a process to achieve this goal.

The process will contain two phases. There will be 10 “House meetings” with COPA (Communities Organized for Relational Power in Action), a regional nonprofit organization consisting of 25-30 member institutions across Santa Cruz, Monterey and San Benito counties. The institution members are faith congregations, schools, nonprofits and labor unions. They gather a diverse cross-section of the community to have dialogue, much of which involves stories of issues that provide a platform for people to have a voice to share with their government.

There is also going to be an Ad Hoc Committee that will consist of myself and two council members, city staff and 12 community members. The Council members will select the community members who will serve for a year. The goal of the committee will be to gather community input which will include input from the COPA House Meetings. The Committee could decide to have town hall meetings for the general community and/or stakeholder meetings. Nonetheless, they will all address the growing racial, social and economic issues that we must confront together. This is going to be a long-term process, but the Committee will then come to the City Council with recommendations of best practices for the police department. The Committee’s meetings will be open to the public.

We do not know what recommendations will come to the Council. Should they decide that an Oversight Committee is needed for the Police Department the Council will also need to think about how many people are needed, what are the term limits, what are the qualifications, will there be authority to audit, investigate, subpoena or mandate policy? This is an example of the legal, financial and logistical issues that must be considered for every one of the recommendations made to the Council. Nonetheless, I have faith in the process established and await to have the best police department Watsonville can have.

Mayor’s Update is a recurring column from Watsonville’s Mayor, Rebecca Garcia. Her opinions are her own and not necessarily those of the Pajaronian. Contact Garcia at [email protected]