My good friend Marvin Byers has left this world. His unexpected passing, on Dec. 17, is a day now stamped into my memory. It is a day, that, if I were a city official, would be spelled out in brass and marble in the City Plaza as Marvin Byers Day.

For more than two decades I have crossed paths with Marvin all over the map. Most commonly, I’d spot him tending to one of his properties around Watsonville or cruising around town in his 1957 Chevy Cameo pickup. His wife Eileen tells me that his father bought that truck brand new and it stayed in the family. That truck was like a symbol for Marvin. And it served him well on countless occasions as he muscled one artifact or another across town to the Pajaro Valley Historical Association, where he poured decades of volunteer hours into making that place the golden well of treasured history that it is. He was once named Mabel Rowe Curtis Volunteer of the Year at PVHA.

One time he called me up at the Pajaronian to make sure I was aware that PVHA was moving the Carnegie Library cornerstone into place at the PVHA. If you want to talk about one important block of time, that was it. And now that engraved stone sits in a safe spot to be cherished by anyone who stops by. Then there was the giant bell that once hung above the I.O.O.F. building on East Beach Street (where Plaza Vigil now stands). Marvin and master homebuilder, the late Jim Rector, constructed a stand that now holds that bell the pair of them rescued and lugged over to PVHA.

Marvin invited me into his beautiful home on East High Street once and gave me a tour of his collections—or part of it anyway. I was stunned and fumbled for words. He had everything Watsonville, from banners to cups, logos, photos, postcards and an astounding amount of memorabilia”, mostly found at yard sales and flea markets. His place was a museum.

Today I learned from my friends at PVHA that Marvin often suited up and played the role of Santa Claus and that he’d make the rounds across town to cheer people up.

What struck me most about Marvin was his warmth and genuine soft-spoken manner. Always polite, Marvin was approachable and he was a good listener and he liked to laugh. He always struck me as one of those gentlemen that wore his age nicely. Marvin was good with his hands, which were often cloaked in well-worn work gloves, and he poured those skills deftly into his work at PVHA.

Though the Daylite Market on Main Street, where he became a household word as an employee, was before my stint in Watsonville, I’ve heard from scores of people that Marvin was known across a huge breadth of the Pajaro Valley because of his friendly help.

In searching our archives about him I stumbled on this brief letter to the editor Marvin wrote: “So glad to see Diane Severin get Woman of the Year award. She did, and still does so much for our community. It is such a pleasure working with her at P.V. Historical Association. I was the first boy to cook foods in her class at Watsonville High in 1955 and she always taught us to do our best. As I recall, I was the only one to get an ‘A.’”

On that imaginary brass plaque I mentioned earlier, I’d also add this: Thank you, Marvin, for keeping Watsonville alive in the history books. Thank you for your openness and thanks for the kind smile you offered to so many of us as you passed through. 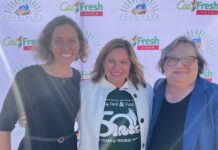 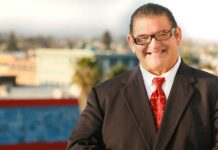