A year in sunsets | About Town

TARMO HANNULA: We are now in the final hours of 2019. If you’ve ever had the tremendous delight of seeing the Broadway musical “Rent,” you’ll remember how the characters deal with the idea of what a year is in their song, “Seasons of Love”:

In daylights, in sunsets
In midnights, in cups of coffee
In inches, in miles
In laughter, in strife.”

Well, here comes the final sunset before we start 2020.

Investigators have extended the reward of $150,000 for info leading to the arrest of three men suspected in the murder of Tushar Atre, a Pleasure Point tech executive who was murdered in October. Atre, 50, lived in a high-end oceanfront home and was widely known as a surfer. No arrests have been made. A Sheriff’s office spokesperson said investigators are hopeful someone will step forward with information and that remaining anonymous is a choice that will be respected.

The CHP stopped 20 cars for speed racing Saturday on Highway 1 in Aptos. The group had been racing from Monterey and the CHP got several calls about the cars, including a Ferrari, racing one another, some with people leaning outside the car windows to video the action. CHP spokeswoman Julieta Trenado said the CHP takes such action very seriously. 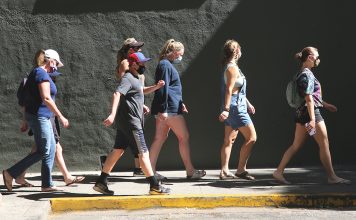