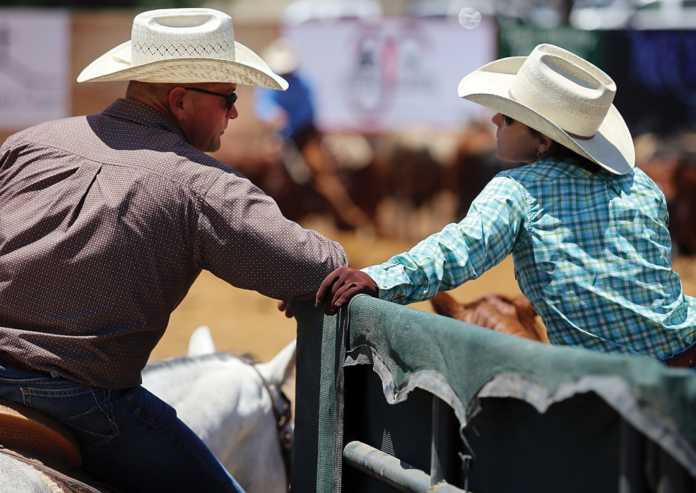 About Town, Week of July 1

Tarmo Hannula: Fourth of July celebrations have come and gone. Watsonville Police dealt with 20 violations last night and are currently sorting through the statistics compared to years past. Despite a string of small grass fires that lit up around the county, most likely sparked by fireworks, no major incidents were reported on the Fourth.

A major earthquake caused damage and set scores of fires in Kern County on the Fourth. The 6.4 quake, at 10:33 a.m., blew goods off the shelves of several stores, triggered more than two dozen fires and unleashed a flurry of aftershocks. This morning, around 4 a.m., a 5.4 quake further rattled nerves. The series of quakes were centered near the desert town of Ridgecrest, about 150 miles northeast of Los Angeles and was felt as far away as Las Vegas and San Diego. More than 100 aftershocks have been reported. The 6.4 quake was the largest quake in more than 20 years in that region.

Skiers were out in vast numbers on the fouth, some clad in red, white and blue attire, at Squaw Valley, a Lake Tahoe ski resort. The popular slopes had more than 60 feet of snow this winter.

Bands of volunteers fanned out around the county Friday to help the Save Our Shores organization tidy up area beaches following Fourth of July celebrations. The annual event, which includes numerous families, typically rounds up tons of trash and sends it off in the appropriate directions.

Steve Belmont shows up at Sunny Cove in Santa Cruz Friday to help clean up after the Fourth of July as part of a county-wide effort by Save Our Shores. — Tarmo Hannula/Pajaronian

The Summertime Fun Outback Cutting competition at the Santa Cruz County Fairgrounds is now up and running and will go through Sunday. Cutting is a western-style equestrian competition in which a horse and rider work as a team before a judge or panel of judges to demonstrate the horse’s athleticism and ability to handle cattle during a 2 1⁄2 minute performance, called a “run.” The event, which runs through Sunday, is free and open to the public.

Todd Guild: I was on vacation on July 1 in Rocky Mountain National Park in Colorado. As such, I was blissfully out of the reach of cell towers. The trip included a not-so-blissful drive through a hailstorm that pounded my rental car with sizable chunks of ice for about 10 minutes.

The bliss ended entirely when I drove into Estes Park, a small but bustling city just outside the park. That’s when my cell phone pinged with about 25 messages.

“What does it all mean for you?” read a text message from my colleague Michael Todd from the Santa Cruz Sentinel.

“What does this mean for your job?” PVUSD Trustee Kim DeSerpa asked me, also via text.

My response to both of them was the same: “huh?”

That was how I found out that my employer of 12 years, the Pajaronian, had been sold to Metro Publishing, Inc.

Having broken a variety of news to countless people, I can hardly complain about having it broken to me. And to be fair, my publisher Jeanie Johnson tried to call me too.

Now, after having a chance to absorb the news – and receiving a job offer from the new company – I think the change will be a good one. Metro Publishing also produces the Good Times, which among other things prides itself on quality long-form investigative journalism.

Having a local owner means that the management is more invested in the community and in local news.

It’s too early to tell whether any changes are on the horizon. But I predict that you will see an improved product.

Johanna Miller: Watsonville is in the midst of celebrating the Fourth of July. Last night, the Watsonville Municipal Airport hosted scores of visitors for the annual Fire in the Sky. This afternoon was the Spirit of Watsonville Fourth of July Parade on Main Street, and Aptos held its famous “World’s Shortest Parade” once again earlier in the day. I also noticed that Freedom Boulevard has once again be adorned with a number of American flags. VFW Freedom Post 1716 heads up the effort every year.

Not everyone felt cause for celebration today, however. A group of protesters showed up at the Watsonville parade, drawing attention to the detention camps alongside the U.S.-Mexico border. On July 12 the City will join international movement Lights For Liberty and host a vigil in the Plaza for this issue. The vigil begins at 7 p.m. Organizers urge residents to bring signs and candles.

Nationally, Fourth of July celebrations in Washington, D.C. were also protested today. The Washington Post and CNN reported yesterday that over $2 million dollars had allegedly been transferred from National Parks Service maintenance funds to cover some of the cost of the event. Groups protested this, as well as the fact that military equipment and leaders were so prevalent in the parade.

Tomorrow night El Ateño restaurant in downtown Watsonville will host Anaheim-based musical act Gabriel Penka, as well as local bands Fulminante and No Accion for a night of ska-punk rock. El Ateño is located at 323 Main St., Watsonville. Show begins at 8 p.m. Tickets are $10 in advance, available at brownpapertickets.com, or $15 at the door.

Watsonville Public Library will host “The Great Watsonville Cookie Bake-Off” on Saturday. Non-professional bakers from Watsonville and Freedom ages 10 and up are invited to show off their cookie baking skills. Cookies and entry forms, along with a recipe must be submitted Saturday between noon and 12:30. For information and to download a form visit cityofwatsonville.org.

The Santa Cruz Beach Boardwalk’s series Movie on the Beach continues this Wednesday with “The Sandlot.” The Boardwalk invites guests to come onto the Main Beach in Santa Cruz in front of the Boardwalk with towels and/or low-back chairs. The film begins at 9 p.m. You can come to the park early for Coca-Cola Nights, which offer unlimited rides for $14.95+tax. Find out more at https://beachboardwalk.com/.

The Santa Cruz Beach Boardwalk is seen from the Sky Glider ride.

Tarmo Hannula: The Pajaronian was sold Monday to a Santa Cruz-based Good Times, which is owned by the San Jose-based Metro Newspaper. Our same crew is here now putting together Friday’s RP.

Three people were shot Monday evening inside a Watsonville home on Rodriguez Street. See the story in Friday’s RP. Police caught the suspected shooter, Manuel Perez. A 46-year-old man, a teen girl and Perez ended up with gunshot wounds in what police described as a neighborhood dispute inside a home on the 600 block.

15-year-old Cori Gauff beat Venus Williams, 39, in the first round at Wimbledon in England Monday. The victory, in the one-hour and 19-minute match, makes Gauff the youngest player ever to beat the oldest player at Wimbledon.

I was driving along East Lake Avenue toward Main Street Tuesday past Van’s Shoes, one of the cornerstone businesses that makes Watsonville what it is, and noticed that it was covered with plastic. There was a sign in the window: “Moved to 426 East Lake Ave.,” with a small arrow pointing that direction. I spoke recently with Jim, the owner, who said he had to rewire the format of his store to trim down the merchandise department.  His line of work boots, Ugg boots and other things for feet simply weren’t moving off the shelves, he told me. However, his shoe repair business is strong. Every time I’ve been in the shop I’ve been passed by customers coming and going with their repair orders. The friendly folks in there, their expert, reliable work, and being a local family owned place, I think, make it a pillar in the city.

I saw a news bit on TV this morning where people are ruining a huge sunflower crop in Solano County by taking so many selfies with their phone cameras. People have trampled over the crop trying to take photos of themselves and others. They’ve also been blocking farm equipment, clogging country roads and causing a lot of grief for traffic, police and farmers.

Saturday will be the warmest day this week with plenty of sun drenching the Central Coast over The Fourth of July.

Alex Morgan wowed the world in the FIFA Women’s World Cup France with her last minute head shot into the net to help the U.S. stomp past England, 2-1 Tuesday. That places the U.S. one game away from a World Cup win. They play The Netherlands Sunday at 9 a.m. for the final title.

Watsonville’s Fire in the Sky fireworks celebration is tonight. Gates open at 6:30 p.m. for an airshow and other events. Fireworks start at 9 p.m. The CHP’s Maximum Enforcement Period will run through 11:59 p.m. on Sunday. Officers will be on the lookout for drivers who are impaired by alcohol or drugs.

Tarmo Hannula: Registration for the annual Monterey Bay Birding Festival opens July 6. The three-day festival draws beginner and expert birders from around the globe to tap into the migratory flyway and resident birds in the Pajaro Valley and Central Coast. The event, which includes workshops, exhibits, guest speakers and more than 40 field trips, will run Sept. 20-22. For a schedule and to register visit montereybaybirding.org.

The Monterey Bay Aquarium Research Institute, or MBARI, in Moss Landing will hold an open house July 20. Visitors can plan on meeting researchers, scientists and engineers, and tour the campus, getting a taste of the latest projects regarding ocean research. The free event, held at 7700 Sandholdt Road, runs from noon to 5 p.m.

Californians are now paying the highest gas tax in the country. Starting today gas taxes will climb by 5.6 cents per gallon across the state, which is the second part of an increase approved in 2017 for road, bridge and infrastructure projects. Currently, the national average is $2.72 per gallon for regular fuel. In California the average is $3.76.

ABOVE: Regular gas was going for $3.79 a gallon Monday on Freedom Boulevard. Californians are now paying the highest gas tax in the country starting today due to a 5.6 cents per gallon tax. (Tarmo Hannula/Pajaronian)

The governor of Texas, Greg Abbott, recently signed a new law banning cameras that are used to catch and ticket motorists running red lights. Texas how now joined seven other states in the law.

The National Weather Service said a slight warming trend is settling over the Central Coast. Sunny and warm conditions are being predicted for the 4th of July.