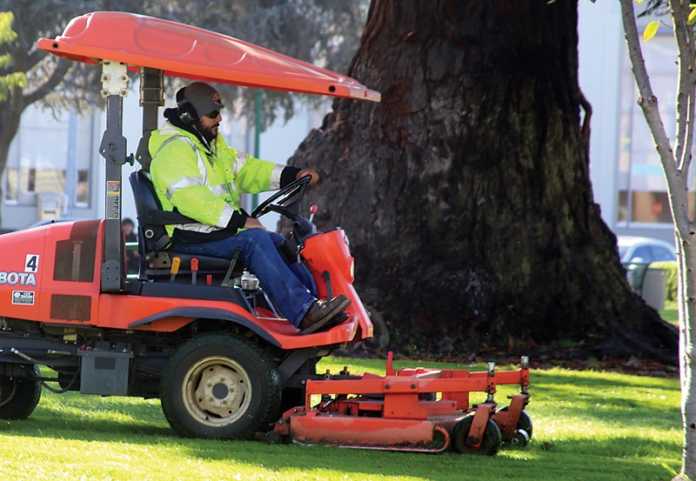 On Sunday my wife Sarah and I went to the 100-year anniversary celebration at Aladdin Nursery & Gift Shop in Corralitos. It felt like a huge number of the key players I’ve met over the years in the Pajaro Valley were there. Live music, local wines, hot food and a storewide 30 percent discount, among other things, added to the five-hour bash. We got a homemade margherita pizza from Fired Up Fresh and settled into a table in the shade. The pizza was fabulous. Linda Ortega is the owner of Fired Up Fresh, a mobile wood-fired pizza oven that is designed to roll out to most events, like weddings, birthdays, business parties. I ran into John Kegebein from the Ag History Project. Right next to him was Geoff Scurfield, master woodworker who crafted the incredible homemade canoe that was the centerpiece and first place winner inside the Fine Arts building at the recent County Fair.

On Saturday we stopped by Alfaro Family Vineyards & Winery in Corralitos to check out their tasting room. While Sarah tried their 2017 La Playita Vineyard Estate Gruner Veltliner, I had their house filtered water. Both were grand. Their patio overlooking the vineyards was simply incredible. With sweeping views of the rolling hills, the shady deck proved to be a great spot to relax, meet strangers and soak in the quiet of the Corralitos hills. We got to talking to a friendly couple who had their two kids with them and their friendly dog. They were from Campbell. Santiago said he was born in Columbia, while Caitlin was from New Hampshire. While everyone was chatting I got a chance to get in some wrestling with their little dog, which was beyond fun.

I saw the crew from Watsonville Parks and Community Services out in the plaza this morning tidying up the grounds. Though it’s a small plaza, the crew usually has their hands full cleaning up after a weekend and keeping the landscaping in shape.

The San Benito Foods tomato-processing warehouse in downtown Hollister suffered a catastrophic collapse of their roof Wednesday, but no injuries or ongoing danger to employees were reported, according to authorities.

Hollister Fire Marshal Charlie Bedolla said crews were dispatched to San Benito Foods, 110 Hawkins Street, at about 4:24 p.m. Sept. 18 to a report of a structure fire. As the first crews drew closer to the site, they were briefed that the incident was a collapse of part of the building. The cannery, which skins, chops and cans roughly 12.5 million tons of tomatoes annually, is owned by Vancouver, WA-based Neil Jones Food Company.

Company representatives did not respond to inquiries as of press time.

To view last week’s About Town go to https://pajaronian.com/article/about-town-week-of-sept-16

Watsonville honors the Virgin of Guadalupe

Photo: Circus in Watsonville through Nov. 16