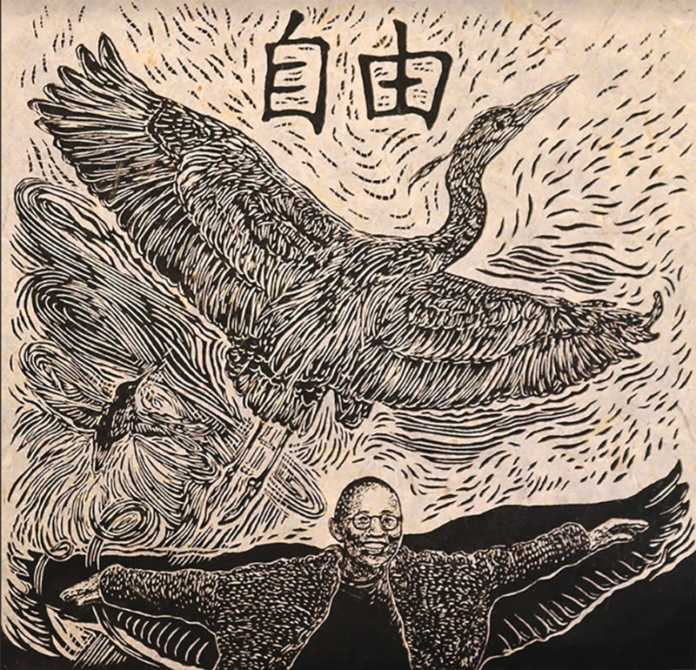 SANTA CRUZ—A series of exhibits and events, highlighting local artists and their role in activism and social change, will soon kick off in Santa Cruz.

Santa Cruz’s Resource Center for Non-Violence (RCNV), Artists Respond & Resist Together (ARRT) and Santa Cruz Indivisible have come together to organize the event.

“The Summer of ARRT for Radical Times” began three years ago with its inaugural art exhibit. It has continued to grow, and this year will also include a film screening, community discussion, workshop and more.

“We need to instill hope,” said Sara Friedlander, artist and ARRT member who helped organize the event. “Art can inspire people to stand up and make a change.”

This year’s theme focuses on the climate crisis. The juried art exhibit, “Human/Nature,” touches upon the relationship between humans and the natural world. Thirty artists will display their work, which includes painting, sculpture, wood block prints and more.

The following night, Friedlander’s daughter, Sasha, will present a screening of her documentary film “Grit,” which she directed along with filmmaker Cynthia Wade. It follows the story of Dian Maharani, a young woman who survived a devastating natural disaster in 2006 in East Java, Indonesia: A mud volcano erupted — destroying 16 villages and killing villagers. Ten years later, most who were displaced had yet to be compensated by the company thought to have caused the accident when drilling for natural gas. Dian and others continue to fight back against the corporation to this day.

Dian Maharani in a scene from “Grit,” which will screen in Santa Cruz July 27. (Contributed)

On August 9 at 7 p.m., activist and artist David Solnit will host a community conversation along with Martabel Wasserman and TJ Demos. The discussion will touch upon the use of art in organizing for social change. Solnit will also lead a day-long workshop on August 10 — offering guests a chance to create banners, flags and more on the subject of climate justice.

“David is an incredible individual, who really understands the role of art in changing the world,” Friedlander said.

“The Summer of ARRT for Radical Times” was a collaborative effort, Friedlander affirmed. She singled out her fellow “Steering Committee” members from ARRT — Myra Eastman, Anita Heckman, Karen Gallant and Melissa West.

“It’s given me an incredible sense of community, working with them on this project,” Friedlander said. “We’ve worked so hard for this organization. It’s really given us purpose.”

All events will take place at the Resource Center for Non-Violence, 612 Ocean St., Santa Cruz. Organizers urge guests to RSVP for the film screening and the workshop online at brownpapertickets.com, as limited space is available.