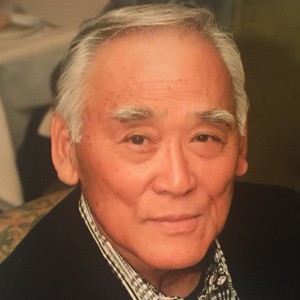 Akio Idemoto passed away on January 15, 2018 at the age of 81, due to complications from cancer.
Akio is survived by his sister, Mary Iwami; his brothers, Kunio(Agnes) and Tom(Miyo); his sons, Jon, Roger(Sai) and Michael; his grandchildren, Shina and Iris; and his companion for the last 10 years, Kristin Okimoto. His wife of 40 years, Kay, preceded him in death in 2003.
Akio was born in Salinas, CA on October 16, 1936 to Kenji and Fujiye Idemoto. During World War II, Akio and his family were interned in Poston, AZ and Tule Lake, CA. Upon release, his family relocated to Watsonville, CA.
After graduating from Watsonville High School in 1955, Akio attended Hartnell College, and then served in the U.S. Army from 1958 to 1960, stationed in Frankfurt, Germany. He would then return to Watsonville and raise his family with Kay.
He was a proud union member of IBEW (International Brotherhood of Electrical Workers), and worked for 38 years before retiring in 1999. His notable work sites were the Monterey Bay Aquarium, UC Santa Cruz, Stanford Hoover Tower, and the PG&E plant in Moss Landing.
During his life, he enjoyed playing tennis, poker with family and friends, fishing, and traveling around the world. A devout Buddhist, Akio dedicated much of his time at the Watsonville Buddhist temple. He had great interest in Japanese History, as well as world history, and was a movie buff. An avid Warriors fan, he never missed watching a game.
Akio will be remembered and greatly missed by all who knew him. He laughed readily and touched many lives with his easy going nature and generosity with his time. He was a man of great integrity, honesty, and sincerity. Akio loved life and was taken from us all too soon.
Funeral service will be held on Saturday, Feb. 10 at 11am at the Watsonville Buddhist Temple: 423 Bridge Street, Watsonville, CA 95076.  Burial service will be held the following day.