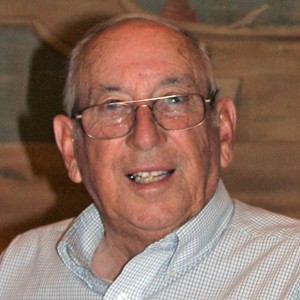 Tony died peacefully on Friday, January 26, 2018 after a brief illness at Regional Medical Center in San Jose.
Tony was a life long resident of Watsonville, born on December 25, 1931.  He attended local schools and graduated from Watsonville High School in 1950.  After high school he enlisted in the U.S. Air Force and served from 1951-1955, with the 1094th special weapons squadron at Manzano Base in Albuquerque, New Mexico.
Upon his return to Watsonville, Tony worked for the Southern Pacific Railroad, Driscoll Berries, and Roma Kool Inc for a total of 53 years before retiring.  Wanting to stay active he took a job with Hertz Transportation for 8 years before retiring for the second time in 2016.
Tony was an avid fan of the S.F. Giants, S.F. 49ers and the Golden State Warriors. Tony was a member of the Slavic American Cultural Organization and the Over 65 Club.
He is survived by his wife of 59 years, Betty, daughter Dana (Scott) Lovell, son Peter (Kristy) Bobeda; two grandchildren, Hunter and Grant Bobeda; brother Pete (Dolly) Bobeda, sister Ida Bobeda; and numerous nieces and nephews.
Tony was preceded in death by his parents Antonio and Mary Bobeda; brothers, John, Sub, Cef, Frank; and his sisters, Virginia Crabb and Mary Brazil.
In lieu of flowers, contributions may be made to Moreland Notre Dame School in Watsonville or a charity of your choice.
A viewing and visitation will be held at Mehl’s Colonial Chapel on Monday, February 5th from 5-9 pm with a recitation of the Rosary at 7 pm.  A mass of Christian Burial will be held at Our Lady Help of Christian Church on Tuesday, February 6th at 11:00 am.  A private family burial will take place at the California Central Coast Veteran Cemetery, Seaside, CA.