SANTA CRUZ—The Santa Cruz County District Attorney’s Office will retry the case of a man who was shot as he allegedly broke into an Aptos residence to burglarize it.

The trial of Damien Welch ended in mistrial on Nov. 1 when a single juror did not agree Welch was guilty of felony burglary and misdemeanor loitering, Assistant District Attorney Pamela Dunlap said.

This despite the fact that, as the victim was breaking down her door, he said, “I’m coming in, I’m going to get you,” Dunlap said.

“It’s an unfortunate outcome,” she said. “After so much time and effort that so many people put into it, that one juror couldn’t follow the law.”

The resident shot Welch multiple times on June 20 as he tried to enter her home in the Seacliff neighborhood.

She told deputies that she feared for her life, and was never charged in the shooting.

Meanwhile, Welch is suing the homeowner who shot him, accusing her of intentionally hurting him as he sought her help.

In court documents, Welch states that he approached the woman’s home on June 20 “under duress and scared for my life.”

“While knocking and pleading for help, (the woman) proceeded to shoot me through the glass door,” the court document says.

As he was being wheeled away, Welch said that the woman apologized to him.

In a separate court filing, the woman denied the allegations.

The Pajaronian is not naming the resident. She did not return a call seeking comment.

Welch was shot as he reportedly took a large rock and smashed the window of a side door trying to get inside, not realizing the resident was armed.

The woman called 911 as she went to her upstairs bedroom, but Welch climbed onto the roof leading to the bedroom. The woman fired her handgun at Welch striking him again, causing him to stop. When deputies arrived they found Welch on the roof. He was taken to the hospital.

Dunlap said that she expects the retrial to start in January. 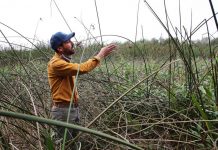 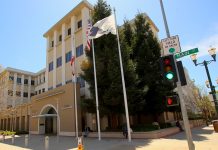 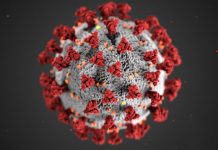