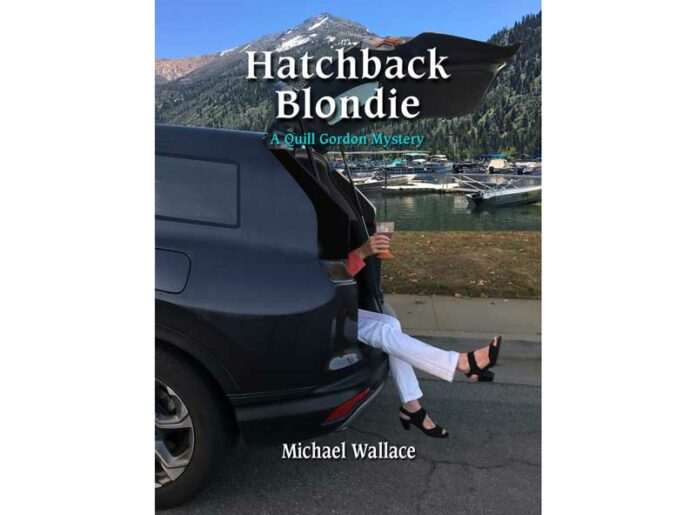 The series follows the private investigator as he solves mysteries, usually in familiar west coast settings. Wallace released the first book in 2012, and has continued the story every year.

The new book, “Hatchback Blondie,” centers around a woman named Gloria who Quill meets on summer vacation. After Gloria and another young woman mysteriously disappear in broad daylight, Quill himself becomes a suspect.

Wallace said he was intrigued by the concept of noticing something or someone in a certain place, at a certain time, and wondering what was going on.

“It’s like what happened in Alfred Hitchcock’s ‘Rear Window,’” he said. “He starts watching his neighbors and sees a murder cover up. I wondered—what would it be like, hearing or seeing something you weren’t supposed to hear?”

“Hatchback Blondie” was initially released in August. It is now available at Kelly’s Books in Watsonville, Two Birds in Capitola, and as an eBook on Amazon.

“This book came together well,” Wallace said. “It was very challenging, getting all the pieces to come together without giving too much away too early. But I feel pretty good about it.

“They helped me resolve a lot of issues,” he said. “They were like, ‘You need to explain more here, a little less there.’ This book isn’t just mine. A lot of other people were part of the journey.”