WATSONVILLE—After a half-century in business, Jim Barsi has sold his eponymous liquor store, and will retire in December.

That’s when new owners will take over, and rename it Watsonville Fiesta Liquor. But that’s a story for the future.

The story of Barsi’s Liquor Store began in 1964, when he took a job at what was then was called Cork ’N Bottle. During the following five years he found an affinity for retail work and skill for customer service.

Indeed, he bantered easily with the numerous customers who came in Thursday morning – whether they reciprocated or not – in the warm affable way of a generation that valued customer service.

“You came to the right place,” he told a group of young men who were purchasing a staggering amount of beer to take to a tailgate party at an Oakland Raiders game. “I appreciate you coming in.”

This old-world approach to running a business – where the words customer, neighbor and friend were often synonymous – is becoming passé as shoppers increasingly turn to online retailers and communities transform into vast wastelands of corporate strip malls and big-box stores.

Not so with Barsi. He purchased the business on Aug. 15, 1969, putting his own name on the business to be free from being part of a franchise.

Customer Guillermo Zamora, also a former employee, said he has been coming to the store for years.

“I like Jim and I like this place, it’s a nice place,” he said. “He knows everybody.”

In his retirement, Barsi said he plans to spend time with his 10 grandkids and get some yard work done. He attended Mora High School, where Renaissance High School now sits.

Located at 602 East Lake Ave., the place has garnered a contingent of loyal customers who regularly patronize the business.

Barsi said his decision to hang up his hat largely came down to his age.

“I have neuropathy in my feet, I have a pacemaker, I have five stents in my heart, I’m 77,” he said. “I hate to get out; I still have the enthusiasm.”

“My whole life has been this place,” he said. 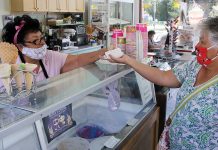 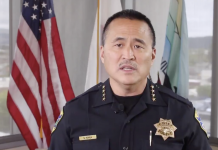 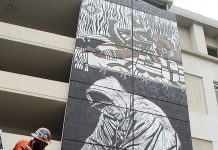