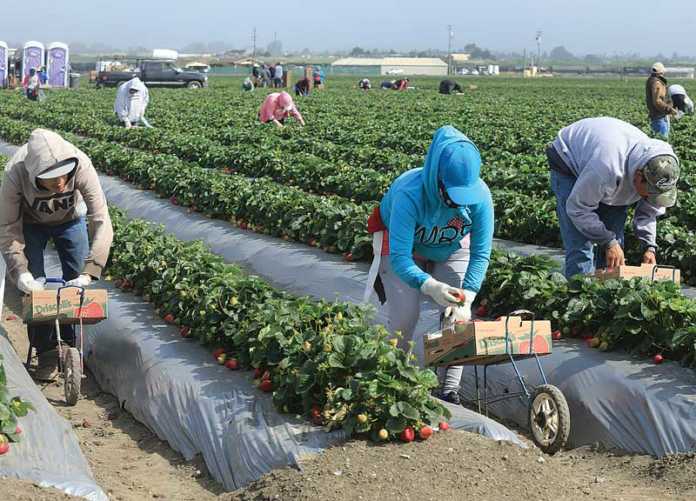 WATSONVILLE — The strawberry season is ramping up in Watsonville, with workers on track to outpace last year’s numbers.

According to the California Strawberry Commission, the end of April 2016 brought just over 3.1 million crates of the ubiquitous fruit. This year’s totals at the same time, however, were more than 3.5 million cases.

“We have lots of berries right now,” said California Strawberry Commission spokeswoman Carolyn O’Donnell. “It is definitely shaping up to be a great season.”

For the past couple of years, a dearth of rain has driven the strawberry season to earlier in the year, with workers starting the harvest as early as February.

But the heavy rains that fell throughout the winter has pushed the harvest toward the normal April start to the harvest, said Driscoll’s Strawberry Business Management Director Chase Renois.

“This year the northern California area is more on a traditional curve,” he said.

Watsonville-based Driscoll’s is in the first full year of using a new packaging look, and will launch a new advertising campaign in July.