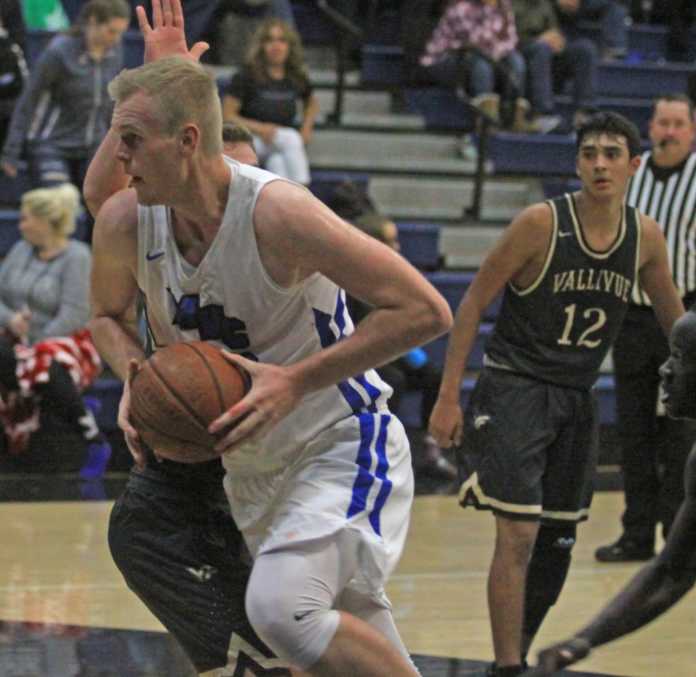 A native of Gilroy, Schmidt said the 2,000-mile move would not be a big change, as most of his extended family lives in North Dakota. His first visit and workout with the Fighting Hawks happened while he was in town for a cousin’s wedding.

“It’ll be kind of a second home,” Schmidt said.

Schmidt was an instant contributor for the Mustangs as a freshman, and quickly developed into the cornerstone of the program. He’s earned all-league honors in each of his three seasons with M.V.C., being named the Monterey Bay League Gabilan division’s Freshman of the Year in 2015, while landing on the second team as a sophomore and the first team as a junior last year.

The Mustangs have also qualified for the Central Coast Section playoffs in all three of his years at the school.

This season, Schmidt is averaging 11.3 points, 11.5 rebounds and 3.5 blocks, while keeping the Mustangs in the league title hunt with the powers of the MBL-G.

Gifted with a 6-foot-10-inch frame and plenty of athleticism, Schmidt could very well have starred on the gridiron as a left tackle for the football team, or focused his efforts on the baseball diamond, where he’s been a starting pitcher the last two seasons. But his love for hoops won out from a very young age.

“[The game] has gotten my mind off of things,” said Schmidt, who started playing basketball when he was 5. “When school is stressful, you go to practice and it’s just fun. You get to enjoy your time out there.”

The alma mater of NBA coaching great Phil Jackson, North Dakota is currently a member of the Big Sky Conference, but will be a part of the Summit League next season when Schmidt steps on campus.

Last season, they won the Big Sky, and advanced to the NCAA tournament for the first time in the program’s history with longtime coach Brian Jones at the helm.