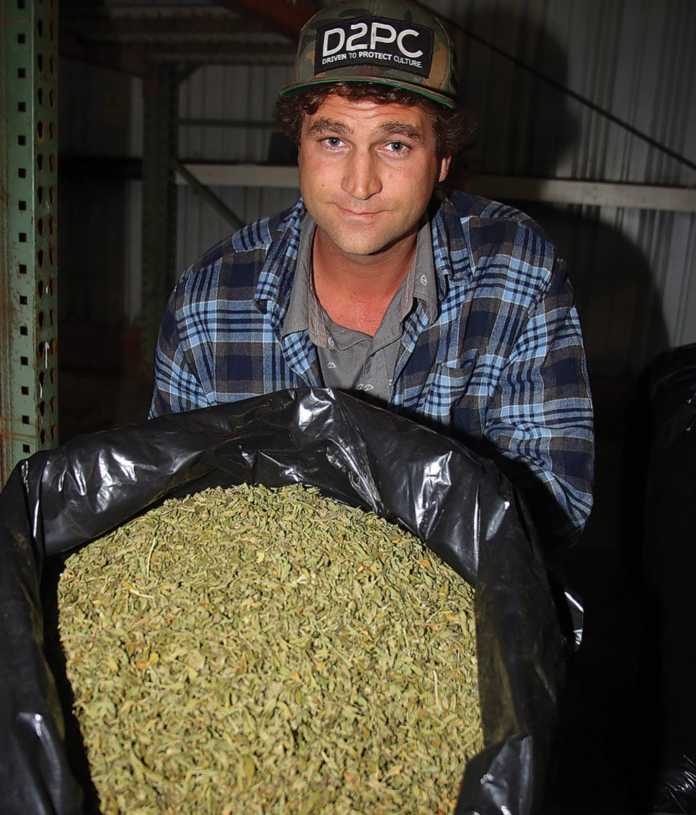 WATSONVILLE — In a small corner of a giant warehouse in Watsonville’s industrial district late one Monday morning, two employees were painstakingly measuring a product known as crumble into small glass jars.

Crumble, and its glasslike cousin shatter, are produced by Creme de Canna, a marijuana business that became fully licensed in Watsonville in 2017.

Both products offer different — and less harsh — ways of consuming marijuana, offering the euphoric effects without the smoke that comes from the plant.

With products that also include pre-rolled joints and dried marijuana buds, Creme de Canna distributes to 50 dispensaries in California.

Creme de Canna specializes in the high-tech extraction of cannabinoid (CBD) oils — each of which have their own benefits — that can be incorporated into a variety of products for a wide range of needs.

“We have the opportunity to create art,” he said.

While the medical community has not yet verified the claims, CBD products are thought to reduce anxiety, swelling and nausea, kill cancer cells and slow tumor growth. It is also said to help people with multiple sclerosis and act as an appetite stimulant.

Kolodinski said that, with marijuana prohibitions falling across the U.S. — and throughout the world — he expects to soon be able to ship his products internationally.

“It’s going to happen in my lifetime,” he said. “Probably in the next three years.”

Located in two 10,000-square-foot spaces that house the company’s distribution and production facilities, the company grows its plants in an indoor greenhouse on Hangar Way, and on a half-acre farm in the unincorporated outskirts of the city.

Kolodinski hopes to expand this to as much as 10 acres, where he plans to grow marijuana plants for hemp, which are less psychoactive but still offer the health benefits.

Kolodinski said he knew he wanted to spend his life in the cannabis industry during his teen years when he learned about the “travesty” of how the law enforcement community viewed the plant, and how that affected the population through the years.

He got a front-row view of that when he was kicked out of high school for pot-related reasons. He later bounced around various jobs, including as a cameraman in Hollywood.

He also ran a marijuana delivery service for people who used it for medical purposes, when the industry still existed in the shadows. That changed in 2004 when California lawmakers passed SB 420, a law that codified how much medical marijuana patients could grow and possess.

And so he relocated to Santa Cruz, which he said has long been the “epicenter of the cannabis revolution on a global level.”

When Proposition 64 legalized recreational marijuana in 2016, Kolodinski said his work navigating the strict tax and regulatory structure of that industry prepared him well for the new market. He was also ready with a large space — in a properly zoned area of the county — that could handle the subsequent jump in business.

He moved his business from its original Santa Cruz location for that reason.

But others were not so lucky. According to Kolodinski, many of the cannabis companies that existed before Prop 64 passed have gone out of business.

“It went from a homegrown thing to this full-fledged, highly-regulated industry,” he said. “A lot of the legacy operators who were doing this out of the love of the plant — and the love of bringing medicine to the people — unfortunately, weren’t able to make it through the transition into the regulated space.”

Still, Kolodinski said he has been putting in 12-hour days for the past 15 years trying to keep his dream alive.

That dream, he said, lies in the substantial — if not yet officially medically recognized — healing properties that cannabis plants are thought to offer.

“I have this inherent belief in myself and what we’re trying to do, in creating the highest quality cannabis products, to be able to share cannabinoid therapy with the world,” he said. “My mission is to help provide healing modalities with the world.”