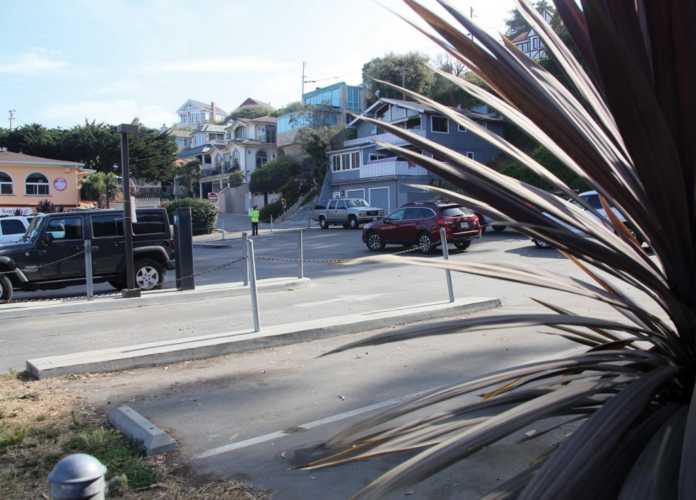 Their stern verbal rejections did too.

For roughly an hour and a half of the Aug. 22 Capitola City Council meeting, residents and city officials picked apart Swenson Builders’ proposed five-story, 88-room hotel project in the Capitola Village.

Concerns about parking, traffic, water use and changes to the village’s “character” were all at the forefront following the developer’s presentation of its conceptual designs for the repurposing of a parking lot at 120 Monterey Ave. — once the location of the Capitola Theater.

The council was not required to take any action, and it will not have to until Swenson Builders submits an official application, which is not expected to happen for months with the city’s updated zoning codes still under review by the California Coastal Commission.

Of course, that official application could look very different from Aug. 22’s presentation, as Swenson Builders Development Project Manager Jessie Bristow said they would take the feedback from the meeting and make adjustments to their design, which included 92 on-site guest parking spaces, a public plaza, swimming pool, bar/lounge and meeting/banquet room.

Bristow also said they’d like to improve the bathrooms and Junior Lifeguard facilities at the Esplanade Park during the hotel’s development, while also making possible changes to the flow of traffic near the Esplanade, which during tourism season is highly-congested with traffic.

The proposal, according to Bristow, was shaped by the city’s general plan, which calls for new development to respect the character of Capitola Village’s unique “sense of place,” contribute to the economic vitality, support active and engaging area for pedestrians, remain below the elevation of the iconic Capitola Bluffs and minimize the vehicle traffic in the village by incorporating shuttle services and remote parking.

“With this design, we’re really trying to meet what the general plan calls for,” said Bristow, who added that the hotel will bring in an estimated $1.3 million in transient occupancy tax (TOT) while also creating more than 200 construction jobs and 40 full-time employees.

Still, members of the community were skeptical of the hotel’s positive impacts on the Capitola Village, which many called the “heart” of the sleepy beach town.

Former Capitola Mayor Gayle Ortiz joined several others in saying the much-needed tax dollars should not supersede the community’s overwhelming call to keep the character of the Village.

“Don’t sell the Village to save to the city,” Ortiz said.

One resident said his house lies directly behind the proposed hotel on the Capitola Bluffs, and that his serene view of the village and beach would be all but destroyed if the project is given the green light.

“It’s a monstrosity that should never be built,” he said.

Roughly a dozen other residents said their biggest concern was upped water usage, which could lead to rate increases and sustainability concerns with the addition of a full-service hotel of its size.

Mayor Jacques Bertrand, too, was skeptical of the feasibility of the hotel’s current design but said the city and community should continue to work with Swenson Builders to find a compromise.