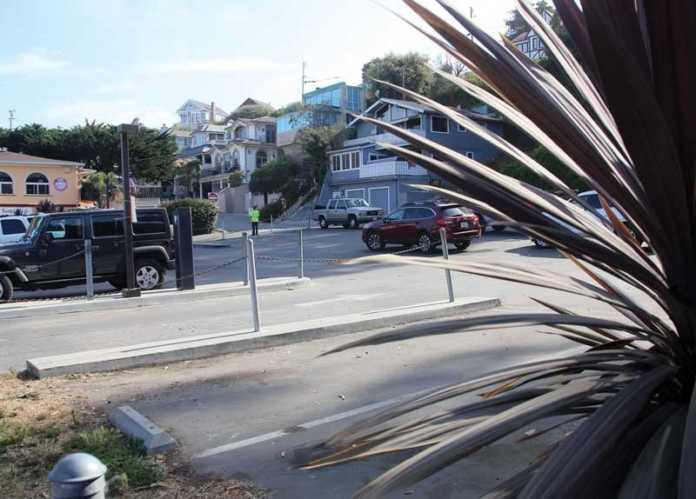 CAPITOLA — The Capitola Planning Commission, City Council, and the public weighed in on a proposal for an 89-room hotel in the heart of the seaside village.

The $40-50 million project, at the site of the former Capitola Theater and its parking lot on Monterey Avenue, is just yards from the ocean’s edge and is the first of its kind in decades.

An artist’s draft shows the complex at around 76,000 square-feet and around 56-feet high — just 7-feet shorter than the nearby Capitola bluffs.

Plans call for an underground parking garage with 91 spaces, and discussions include negotiating for an additional 25 to 50 parking spaces in the city’s nearby public parking lot.

Discussion will also include changing the traffic roundabout in the area to help alleviate congestion.

Swenson Builders, the company that designed the Aptos Village Project and dozens of other large-scale projects in Santa Cruz County, have come forward with the sketches.

The Thursday public hearing for the hotel also covered the idea of including a meeting and banquet room, swimming pool, and bar-lounge.

The Capitola City website states that Capitola Planning Commission will conduct a conceptual review of a proposed hotel on Aug. 1.

The City Council will hear the project description at its Aug. 22 meeting.

The project is already facing public scrutiny. One social media site had postings such as, “Way too big for our village,” “No thank you,” and “Maybe a bit too large.”

A woman named Gail posted: “Great, I hated with how fast the traffic was moving through Capitola as it is. Now the whole Village can be a parking lot! And the construction itself would greatly impact traffic.”