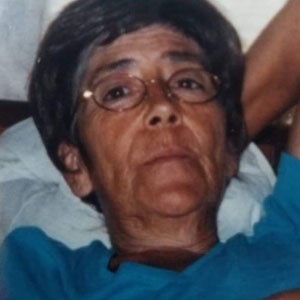 Caroline passed away peacefully at her home, surrounded by her family, Tuesday July 16, after a mercifully short battle with cancer. She had just turned 71 years old.

Born to Everett and Dolly Johnston, Caroline began her life in Pheonix, Arizona. She was the oldest out of her five siblings. Family was the focus of her young life as she worked very hard to assist her parents and always spoke of them in a reverent tone. Her family at the age of 2 moved to Watsonville, California. Through her late teens she was a carhop on rollerskates and later became the Manager of the Watsonville A&W Rootbeer. In the following years she undertook jobs in various areas as she was a Jack of all trades.

In 1971 she met the love of her life Dennis Espindola Sr in Watsonville, California and were married shortly after. She then went on to mother two children of her own, Dennis Espindola Jr and Sherri Espindola. She was an awesome daughter, wife, mother, grandmother, sister, aunt, cub scout and weblos den mother and a good friend as well. She loved everyone around her. Family dominated her life and she sacrificed greatly to ensure her children and grandchildren had all that they needed. She spent most of her extra time making sure we were happy and healthy, she also included our cousins, our friends and their friends and so on.

Caroline led a life that was very selfless! She had no second thoughts, she gave her all and enjoyed every bit of it. From being there every moment for her children, her family as well as grandchildren and numerous friends. She was an avid Barbie collector, enjoyed playing bingo and going to estate sales collecting antiques. She enjoyed giving to her community in which she spent many years helping with the Watsonville Band cooking their world famous french fried artichokes at local fairs and festivals. She led a very honorable life.

Caroline is Preceded in death by her father Everett Johnston. She is survived by her mother Dolly Johnston, Husband Dennis Espindola Sr. Her two children, Son Dennis Espindola Jr and his Wife Marisa, their 5 children Shane, Kailiana, Justin, Alana and Mia. Her Daughter Sherri Espindola and her Son Adam Silva. Her sisters Rosemary Johnston and Rosemarie Pharr, Brother Burl Johnston, sisters Shirley Johnston and Pamela Dias and her husband James Dias Sr. Brother and sister-in-law Delton and Pam Taylor as well as numerous nieces and nephews.

Caroline will be truly missed by all of us and will never leave our thoughts and memories, her virtue is imprinted on us all forever. Always will be by our side and in our hearts.

There will be a Celebration of life in memory of Caroline on August 31st in Watsonville, Ca. For further information please contact Sherri Espindola at [email protected]

If anyone so desires, memorial donations may be made to The American Cancer Society.