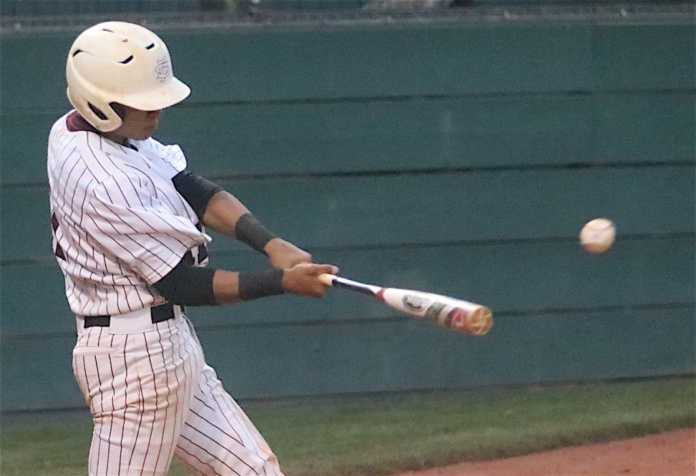 SANTA CLARA — The routine was the same as always, but the feeling was foreign.

As St. Francis High started to warm up for its postseason opener on Saturday, there was a palpable liveliness. Sure, the Sharks had felt a jolt of energy on a couple of occasions throughout their regular season, but this spark was different. Playing Santa Cruz High in league action earlier this season gave them a little taste of what could lie ahead, but those two Santa Cruz Coast Athletic League contests only whet their appetite and left them starving for more.

So when the Central Coast Section Division III playoffs started, the Sharks were revitalized from the moment they laced up the cleats and stepped on the diamond. The ball flew out of their hands during long toss, their swings felt heavy and clean and their enthusiasm was akin to that of a hyperactive toddler playing with its favorite toy.

After ending its regular season by losing two of its last four, St. Francis (20-7) bounced back in a big way. It lit up No. 8 Pinewood, 9-4, in the quarterfinals and punched its ticket to the D-III championship game with Wednesday night’s statement win over Palma High.

The top-seeded Sharks mercy ruled the No. 4-seeded Chieftains (16-12), 11-1, in six innings behind a flurry of rugged cracks of the bat, and Watkins’ three-hit, 13-strikeout performance on the mound.

There was no need to look at the scoreboard at the conclusion of the game. The scene in the Sharks’ dugout painted a perfect picture. Players passed around pizza, wore ear-to-ear grins and belted out the lyrics to Archie Eversole’s hip-hop classic “We Ready.”

“I mean look at these guys, listen to ‘em,” said St. Francis head coach Kenny Nakagawa. “It’s been like that all night. We have a lot of energy. They brought it tonight.”

“I don’t think that’s happened all season,” Nakagawa said. “It couldn’t have come at a better time, right?”

Palma, the third-place finisher in the Monterey Bay League Gabilan division, burned through three pitchers after starter Grant Sergent exited in the middle of the third with what looked like a leg injury from a tumble earlier in the game.

Senior third baseman Felipe Padia-Noriega led off the Sharks’ three-run fourth inning with a double, and drove the dagger through Palma’s season in the sixth. His dribbler down the first base line forced the fourth Chieftains’ error of the day and brought home the game-winning runs.

The Sharks had 13 hits in total.

They paired their offensive explosion with Watkins’ brilliance on the mound. Pounding his fastball and mixing in his curve from time to time, the 6-foot-4 lefty proved why he’s headed to NCAA Division I Cal Poly-San Luis Obispo on scholarship in the fall.

He walked the bases loaded twice in the fourth, but escaped the jam by recording one of his 13 strikeouts. He was nails the rest of the way.

“Everything is just clicking,” Estrada-Haro said. “Now, in playoffs, it seems like we’re getting everything together.”

Watkins argued that he could’ve thrown an even better game in the first round, while the playoff juices were still fresh.

“My arm felt good today, but in the quarterfinal it felt amazing,” Watkins said.

While the vast majority of baseball programs in the CCS have returned their jerseys, hung up their cleats and focused their attention on graduation day, St. Francis is still chasing history. The Watsonville-based private school is one of eight teams that will compete for a section title on Saturday at San Jose Municipal Stadium.

Valley Christian and Los Gatos High will play for the Open Division title, Bellarmine and Los Altos High are set to battle for the D-I championship and Soledad High will meet St. Francis-Mountain View for the D-II crown.

St. Francis will have to beat The King’s Academy in order to capture its first-ever CCS title.

The Knights thumped Carmel High, 9-0, in the semifinals to advance.

“They swing it well, they throw strikes, they play great defense and their catcher had a pretty good arm behind the plate — they’re going to be tough to beat,” Nakagawa said of the Knights. “I think if we come out and do what we typically do, we’ll be OK though. I like our chances.”

Especially with the way his players are executing at the moment.

“When we play with momentum and we’re up and we’re hyped, we’re coming to play,” Estrada-Haro said. “That’s how it’s been the past two games, and I hope that’s how it is on Saturday.”