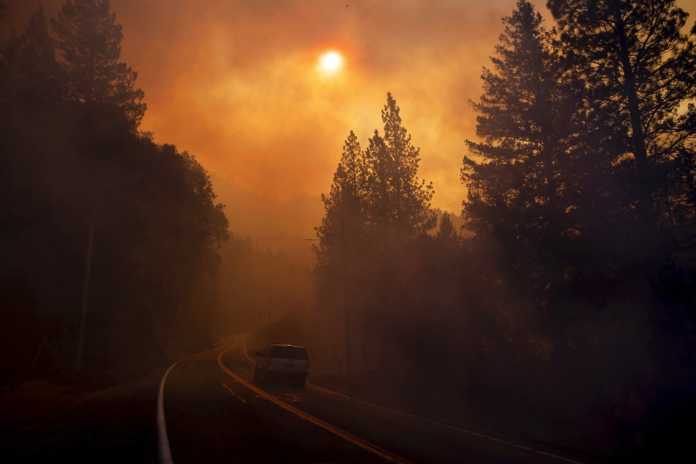 The Central Coast Section Open Division III playoff game between Aptos and Terra Nova was pushed for a third time on Monday morning due to poor air quality stemming from the ongoing fire in Northern California.

The No. 5-seeded Mariners will travel to Pacifica on Friday to play the No. 4-seeded Tigers at 7 p.m.

The game was originally scheduled for Nov. 9, but concerns about the smoke flowing through the Bay Area skies pushed the game to Saturday and then to Monday.

Aptos-Terra Nova was one of 20 CCS events that were rescheduled because of health concerns.

Six of the 15 rescheduled CCS football games were pushed a full week, as of 12:30 p.m. on Monday. The decision puts the section in a tough spot, as the CCS playoffs were originally set to conclude on Nov. 23-24, a week before the start of the state playoffs.

The California Interscholastic Federation, however, scheduled a conference call between the 10 section commissioners for Tuesday. The belief is the CIF will discuss how it can accommodate for the sections currently dealing with air quality concerns.

Along with the CCS, the North Coast Section, Northern Section and Sac-Joaquin Section, among others, rescheduled games because of the raging Camp Fire in Paradise, a small town just east of Chico.

The fire over the weekend was deemed the state’s most destructive after destroying 6,700 structures and killing 29.

The CCS Cross Country Championships were also moved back a week from Nov. 10 to Saturday. Runners are set to meet at Crystal Springs Cross Country Course in Belmont with the original meet schedule still standing. The boy’s Division II race will kick off the action at 10 a.m.