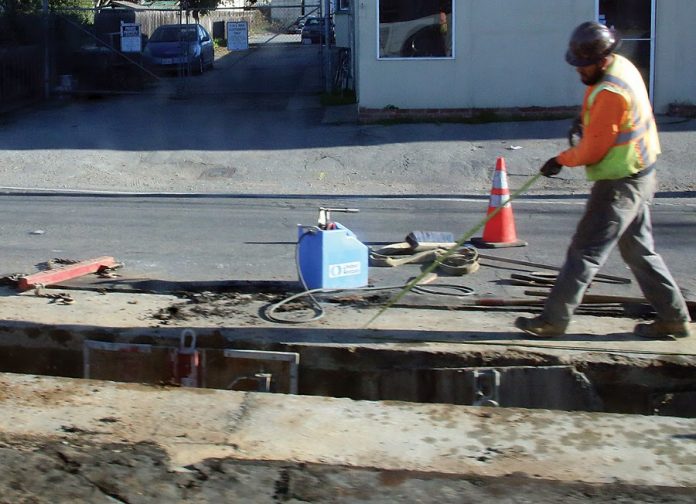 Today is National Thank a Mail Carrier Day. It was established by Benjamin Franklin who was the first Postmaster General in America. Here are a couple facts about the day, according to National Day Calendar:

A work crew was busy on Freedom Boulevard early Tuesday morning where a lengthy underground utilities project continues. Motorists should use caution in the area of Green Valley Road at Freedom Boulevard as some of the work is taking place in the center of the heavily traveled road.

Nine people were killed, including four  minors, and two others were wounded in a shooting at a video arcade in the Mexican state of Michoacan. The state’s attorney general’s office said the massacre happened in Uruapan, a city of about 250,000, on Monday. Four people reportedly walked into the arcade and began asking questions of some of the patrons gathered there. They then began firing with military-grade weapons, the attorney general’s office said.

I’ve had the pleasure of being in Uruapan several times in the past, and my wife and I truly enjoyed our visit simply because of how simple the life seemed there, peaceful, quiet and calm. But authorities say the drug cartels have largely changed that into a war zone. Too bad. I’ve met some incredibly friendly people there that were very proud of their beautiful city that centered around an old plaza, which was deeply saturated in ancient culture, customs and local color.

METRO Diary, stories from my travels aboard the Santa Cruz METRO bus system: At the close of the day Monday I ran into a man named Jim Noble on the 69W out of the Capitola Mall. He had picked up the bus in Watsonville. He spotted my camera and that started our conversation. Jim told me he was born in Watsonville and graduated from Watsonville High School, class of 1969, which made him 69. He said he grew up in Pajaro. He said his dad was from the Philippines and worked the lettuce fields around th Pajaro Valley. Jim said he was one of five boys. His older brother is Rick Noble, the boxing trainer of Carina Moreno, the famous female boxer of Watsonville.

Quote of the day: “Being crazy isn’t enough.” ― Dr. Seuss

Photo: A scent of pine