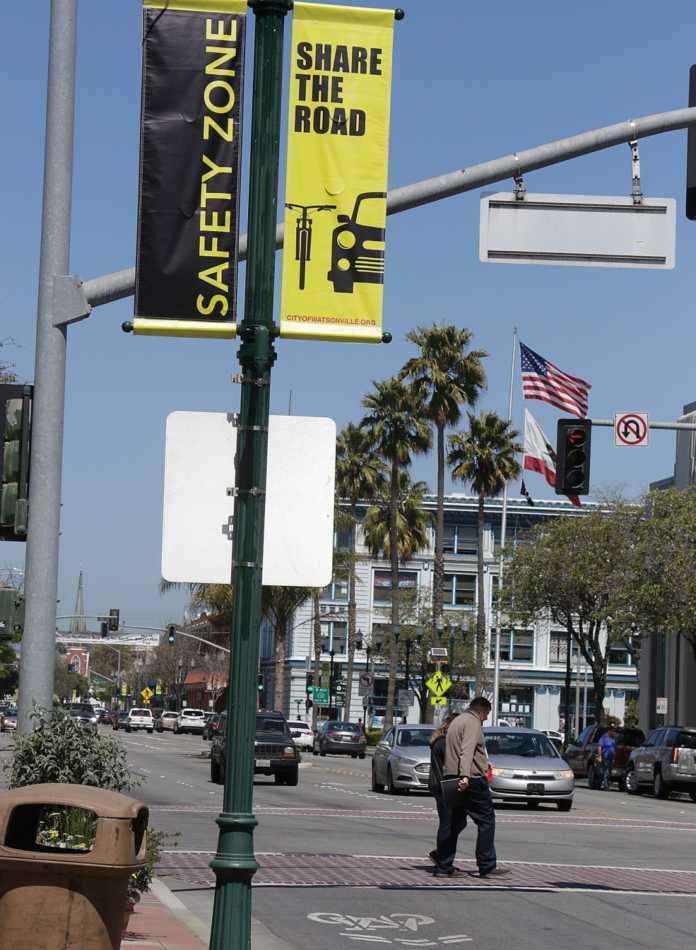 WATSONVILLE — City of Watsonville staff on Tuesday presented an early draft of its Safe Streets Save Lives-Vision Zero Action Plan to the City Council.

The plan, approved by the council in January 2018 and in the works since then, looks to boost Watsonville’s ongoing fight to make its streets safer for pedestrians in multiple ways. Along with education and enforcement, the plan also hopes to improve the safety of the city’s streets by prioritizing the development of safe roadways in areas identified most “at-risk.”

The plan will soon be posted on the city website and open for public input until September. Then it will return to the council for final approval later this year.

The plan will continue to be developed by the Vision Zero Task Force, which features a sprawling list of officials from various city and county offices, including the Watsonville Police Department, Caltrans, the Pajaro Valley Unified School District and Santa Cruz County Health Services Agency.

Those agencies will take up different roles that fit within the plan’s six E’s: Encouragement, education, enforcement, evaluation, engineering and equity.

In all, the plan has 37 action items, including 14 that are currently ongoing.

“In addition to the physical changes, we need education and we need enforcement,” councilman Lowell Hurst said.

The plan will be a “living document,” according to Principal Engineer Murray A. Fontes, meaning it will be updated as needed in perpetuity.

According to data collected through the Statewide Integrated Traffic Records Systems from 2011-17, the Airport/Freedom, Freedom/Green Valley and Green Valley/Main intersections were deemed the most dangerous in terms of collisions. There were 438 collisions combined over the seven years at those three locations, according to city staff.

That same data showed that 260 of the 1,061 total collisions happened because motorists were traveling at unsafe speeds, something the city has tried to stop by creating Pedestrian Safety Zones in heavily traveled corridors, including Main Street and Freedom and Airport boulevards.

In those zones police have been enforcing a “zero tolerance” policy for both pedestrians and motorists since the council moved forward with its Street Smarts campaign earlier this year. The pedestrian and driver safety education program has also added bilingual signage along the three troubled corridors.

The data presented at Tuesday’s meeting also showed more than half (128) of pedestrian collisions from 2011-17 occurred while a pedestrian was crossing at a crosswalk.

Vision Zero is an initiative first implemented in Sweden in the ‘90s that acknowledges that traffic fatalities are preventable and aims to come up with solutions to achieve a zero death goal by 2030.

San Jose, San Francisco, Los Angeles and other cities have also adopted Vision Zero. Watsonville was the first in Santa Cruz County to do so after it landed on multiple lists ranking it as one of the state’s most dangerous cities of its size for pedestrians.

“This is going to take a long time, we’re not going to get the change we’re looking for overnight,” said Mayor Francisco Estrada. “Hopefully, this will be something that will start today and will continue tomorrow, and future councils will hopefully continue it until we get to zero. Hopefully we’ll get to zero before 2030.”