WATSONVILLE—The City of Watsonville is staring at more than $100 million of much-needed improvements and additions to its water system over the next 10 years.

That’s according to the Water System Master Plan, a first-of-its-kind project the Watsonville City Council approved in April 2019 and reviewed earlier this month. The plan, put together with the help of Carollo Engineers, Inc., lays out a 20-year road map of projects needed to maintain and improve the city’s reservoirs, water tanks, wells, underground pipes and pump stations.

The city plans to soon create a new rate structure to fund select projects. That structure will require final approval by the council.

Watsonville Public Works and Utilities Director Steve Palmisano in the council’s Jan. 21 meeting said it is unlikely that every project in the two-and-a-half page report will be funded.

“So we’re going to have to make some hard prioritization and decisions around what’s most important,” Palmisano said. “We’re going to go after the most critical projects.”

One of those projects is a $22.5 million investment into chromium-6 treatment plants.

Chromium-6, also known as hexavalent chromium, is a substance that, according to the National Institute of Environmental Health Sciences, has been shown to cause cancer in laboratory animals.

The U.S. Environmental Protection Agency has set a maximum contaminant level of 100 parts per billion (ppb) for drinking water.

Watsonville tested at 9 ppb in a 2016 nation-wide test by a Washington D.C.-based environmental advocacy group. Palmisano did not return calls before press time asking how many ppb the city’s water was testing at currently.

The state previously established a 10 ppb limit for chromium-6, but in 2017 a Sacramento County Superior Court judge invalidated that, saying that limit did not take into account the difficulties and financial cost of meeting it.

State officials are currently mulling on setting a new limit, but no decision is expected until at least 2021, Mark Bartson, supervising engineer for SWRCB’s Division of Drinking Water, told this publication in December last year.

The city has delayed the construction of its treatment plants until the state determines its limit, though its current rate structure accounts for the creation of the facilities.

Those treatment plants were by far the largest investment in the first five years of the Master Plan. It also called for a new $3-million well near Watsonville Municipal Airport, $2.1 million of additional pipe replacements and $1.5 million of recoating work at the Airport, Hames and Amesti reservoirs, as well as several smaller projects such as seismic retrofits and mechanical upgrades at various sites.

The final five years of the 10-year outlook, however, spell out $67.15 million worth of projects, the largest among them being a complete replacement of the Freedom reservoir, a $21.7 million job. A new reservoir in the northern portion of the city ($10.9M), a well replacement ($5M), a booster pump replacement ($4.3M) and a replacement of the Pajaro Dunes reservoir ($3.3M) are also on the docket. 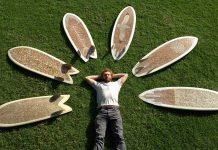 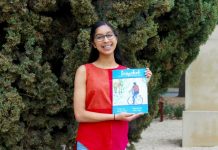 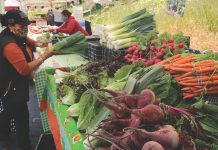 Organic produce sales up 9%, tops $2B for the quarter