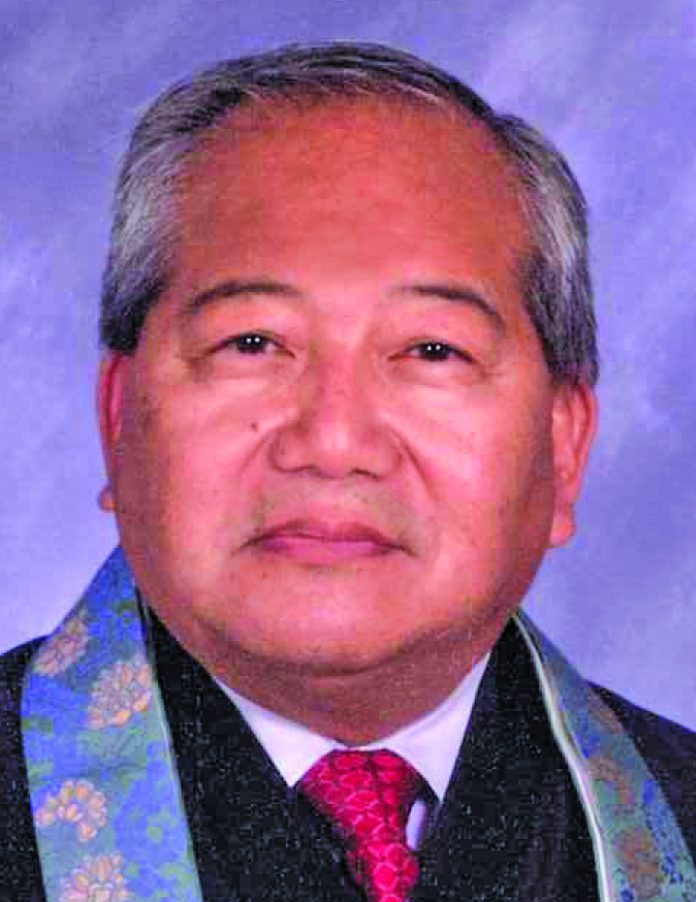 —Teachings of the Buddha

This month will mark the 75th anniversary of the nuclear bombing of Hiroshima and Nakasaki on August 6 and 9. Upward of 226,000 people mostly civilians including women and children were killed or later died from the nuclear blasts. Here we are 75 years later and we still cannot stop the hatred and evil acts that precipitated the events of those fateful days. What have we learned and are we better off now than we were then?

In a few weeks, we will gather and hold memorial services to all who died in those terrible and horrific moments. Gone in a flash were thousands of people. As we gather we must not forget that thousands more died in the war, and thousands suffered the loss of loved ones. It is a time for us to turn our compassionate thoughts to all who suffer from the ravages of war.

In Buddhism, we are taught that our animosities of this moment should not be carried into eternity. Least we continue to suffer the consequences of our karma. The same can be said of the past. We cannot harbor anger and resentment of the events 75 years ago least we create more evil karma in the world.

The Buddha was once asked who he was, and he answered “I am awakened.” Awakening is the ultimate goal of the Buddhist path. What do we awaken to? To the limited ego-self who creates the suffering of war and devastation because of greed, anger and an inability to see the world as it truly is. The highest form of awakening is Buddhahood or Enlightenment.

Each of us is in a constant state of awakening, seeing the egocentric self at times, seeing the compassionate heart of the self at other times. Many years ago I took a group of high school students to Japan and we visited Nagasaki and conducted a memorial service at the site of the atomic bomb blast. I recall a young girl complaining of the heat and humidity that day in August.  She said that she wanted to jump into the fountain and cool herself. And then as we conducted the memorial service in front of the fountain she saw the inscription. “This fountain is dedicated to the children of Nagasaki who died crying for water”.

The young student began to cry and the thought of cooling herself disappeared. Her thoughts turned to the suffering, burnt, dying and thirsty children of Nagasaki.  She felt firsthand the suffering and inhumanity of war.

This was a radical awakening for a high school student. It transformed her consciousness and completely changed her life. She was no longer fixated on herself and her needs. She was now able to direct her thoughts to others. She has since then spent the rest of her life elevating the status of low income, welfare mothers, an advocate of the poor and underprivileged, the disenfranchised.

This 75th anniversary of Hiroshima and Nagasaki is a moment of awakening for all of us.  It is not a moment of reconciliation, regret or right and wrong. On the contrary, it is a moment of seeing the results of the poisons of greed, anger and ignorance and awakening to our own self-centered ways. As I awaken to the truth of my life I am reminded of the words of the Buddha.

“My wondrous power by its great light brightens the countless lands throughout, removes the darkness of the three defilements and delivers all from suffering and pain.  Opening the eyes of Wisdom, I will end this darkness of ignorance, blocking all paths of evil, I will open the gate to Attainment.”