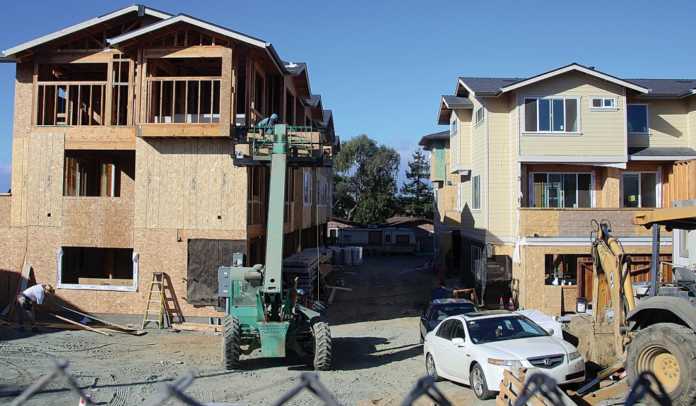 WATSONVILLE — Saul Ruiz never thought he would have to leave Watsonville.

A 1999 Watsonville High School graduate, Ruiz was just settling into his “dream job” as his alma mater’s athletic director after taking over the position three years ago in 2013. He was also making plans to start a family.

And then he and his wife, JoAnn, started “crunching the numbers.”

“It was painful,” Ruiz said. “Do we want to struggle? Do we want to live paycheck-to-paycheck and be house poor? Or do we move? As we looked at the numbers, we realized living here wasn’t a reality for us. It just wasn’t.”

Ruiz and JoAnn, who also worked at Watsonville High as a social-emotional counselor, packed their bags and moved to Visalia — JoAnn’s hometown — shortly after. They bought a three-bedroom house, got new jobs — both are teaching again — and had a kid.

Asked if he would make the same decision again, Ruiz said “absolutely.”

“Would I have liked to stay in Watsonville? Of course, but it was kind of a pipe dream for us, to be honest,” he said. “Sadly, I think that it’s that way for a lot of people.”

Since the housing market rebounded in 2013, median home prices and rents have risen exponentially at the state and local levels, outpacing wage increases and housing production by a wide margin. The state identified an annual housing need of 180,000 units between 2015 and 2025, yet California has produced less than half of that number each year.

Gov. Gavin Newsom in his first budget in office earlier this year took aim at the state’s housing troubles by proposing the ambitious goal of 3.5 million new units by 2025. His budget also included more than $2 billion in one-time and ongoing affordable housing funds that would tackle homelessness and low-income housing and aid middle class families.

But only 61,200 housing permits were issued in the first seven months of this year, down 17 percent from 2018, according to California’s Legislative Analyst’s Office. That slowdown in permits is the most severe since the Great Recession.

In Watsonville, the call for housing — especially of the affordable variety — has also grown into a loud roar.

Nearly 2,500 people applied for housing when the 46-unit Pippin Orchards apartment complex, which is geared toward low-income residents, was ready for occupancy. Those that were not selected in MidPen’s lottery system are not expected to find relief soon, as no new predominantly affordable housing is set to be completed in Watsonville for at least another year.

“Housing has been one of our top priorities for the past few years and it’s reaching a point now, both locally and statewide, where we’re in the midst of a crisis,” Huffaker said. “That’s not a secret to anyone.”

According to bestplaces.net, renters make up 56.2 percent of Watsonville’s population, and rentcafe.com lists the average rental price at $1,677 — roughly $300 more than just three years ago.

Finding a rental at that price or below, however, has been a painstaking challenge for most Watsonville households, which, according to Data USA, are falling more than $20,000 short of the county’s annual median household income ($73,663). At the time of publication, there were no rental properties within Watsonville’s city limits listed under $2,000 on rent.com, apartments.com or zilllow.com.

Tony Mello of Aldina Real Estate said that is not uncommon. Most rentals in Watsonville are filled in a matter of days or hours, as many property managers have a long list of prospective renters that are eagerly awaiting a call saying there’s an opening, Mello said.

That competitiveness over a thin stock of rental options has left many desperately scrambling for housing and settling for unsafe conditions.

Lourdes Arellano-Perez, the Community Action Board’s Rental Assistance Program coordinator, has a laundry list of horror stories from her four years working in South County. A family of eight living in a one-bedroom apartment is commonplace for Watsonville, and in some cases, living rooms and kitchen floors are being illegally subleased by renters, Arellano-Perez said.

Arellano-Perez also said she has seen more families that have decided to live out of their cars and cycle through various Central Coast campgrounds where they have access to showers and bathrooms. She’s also seen a rise in couch surfing among Watsonville’s seasonal farmworkers, including one that was so desperate for a roof over their head that they rented a chicken coop for $250 a month.

“It’s a little unbelievable,” she said, “and, sadly, it’s only getting worse.”

Lakeside Organic Gardens owner Dick Peixoto said the cost and shortage of housing in South County has steadily chipped away at his workforce over the last five years. In the past, many of his employees would bounce between his farms in the Central Coast and the Imperial Valley in Southern California according to the season. Now, more of his seasonal workers are deciding to skip the summer, collect unemployment and wait until the winter season begins in Southern California.

“A lot of them would come up here if they could afford to, but they look at how expensive it is to rent over here now, and they’re not gonna do it,” Peixoto said.

Peixoto is not the only farmer struggling to find workers. The California Farm Bureau Federation (CFBF) in April said more than half of the state’s farmers were unable to hire all the employees they needed at some point during the previous five years. The CFBF also said the worker shortage continued even after 86 percent of farmers raised their wages in an effort to entice farmworkers.

The housing crisis has also made life tough on young professionals trying to kick start their lives in Santa Cruz County. According to the State of the Workforce report conducted by Beacon Economics and recently released by the County of Santa Cruz, the percentage of county residents age 25-29 that still live with their parents or in-laws jumped from 17 percent in 2012 to 46 percent in 2017. That’s despite an increase in county residents who have at least a bachelor’s degree.

The Pajaro Valley Unified School District — Watsonville’s largest employer — has also been affected by the housing crisis. The district reported earlier this month that it had 340 fewer students than last year, far more than officials predicted it would lose.

PVUSD Superintendent Michelle Rodriguez at a recent school board meeting said the cost of housing played a factor in that decline.

“[Families] are going to other states that are just cheaper to live in,” Rodriguez said.

Though rents continue to rise in Watsonville, the county’s southern-most city is still considered the last affordable location for homeowners in the area.

Those prices have made the city a prime landing spot for outsiders looking to relocate to a more affordable location.

Mello this summer said it has been about a 50-50 split between local buyers, and those from outside of the area. He’s received calls from potential buyers from as far south as Long Beach and Palm Springs and as far north as Fremont.

“At open houses I’m seeing a lot of people from Santa Cruz, San Jose and other areas moving into the Watsonville area,” Mello said. “We’re centrally located. We’re in the middle of everything.”

And the city is in the middle of a small business renaissance, too.

The recent arrival of Beer Mule and Santa Cruz Cider Co. — the latter of which is only steps away from Elkhorn Slough Brewing Co. — have started to reshape the Airport Boulevard area, and the East Lake shopping center will soon pair natural food market Staff of Life with newly-opened Fruition Brewing.

Downtown Watsonville has, too, been set up to attract brewpubs, wine tasting rooms and niche restaurants after the city’s longstanding alcohol ordinance was retooled. And just down the way, the business park that used to house Mi Ranchito Supermercado and Taqueria Mundial has been leveled by property owner Santa Cruz Seaside Company in preparation for a modern, multi-business hub.

Mello, born and raised in Watsonville, said it has been refreshing to see the ongoing changes in his hometown after years of stagnation.

That competition has led to some lopsided fights over houses in the $500-600K range. Mello said some who are trying to move into Watsonville are coming in with a large downpayment or sometimes with an all-cash offer.

Watsonville residents looking to move from renter to homeowner, meanwhile, typically can’t match the large, up-front cash sum and are forced to team up with multiple family members — mom, dad, son, daughter — to qualify for a competitive mortgage, according to Mello. They’re also trying to battle the large down payments with small gestures such as writing handwritten letters and covering the closing cost for sellers.

“A lot of people are trying to stay here, so we’re seeing a lot of family members coming together, working together to buy a home,” Mello said. “It’s a relationship-driven business just like all business. You’ll have some sellers that only care about the bottom line, but there are others that are more attached to their properties. They want to see it land in another family’s hands — usually a young couple and not a property manager.”

Watsonville City Councilman Felipe Hernandez called the influx of new businesses and residents with deeper pockets a “double-edged sword.” As the city’s economy continues to rise, some residents who for decades helped give Watsonville its character will be priced out, said Hernandez, who has also seen an uptick in speculators from out of the country targeting the city’s Latino communities with signs in Spanish encouraging homeowners to sell their property.

“I don’t want to use the word gentrification,” Hernandez said, “but that’s a little of what we’re seeing.”

Editor’s Note: This is the first entry of a multi-part series concerning housing in the Pajaro Valley. Future installments in this series will dive into the different housing solutions proposed by municipalities and organizations that have recently been introduced. 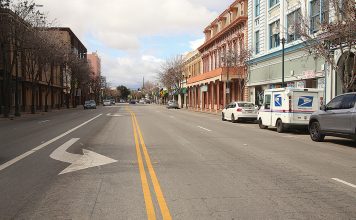 National Guard given a mighty thanks