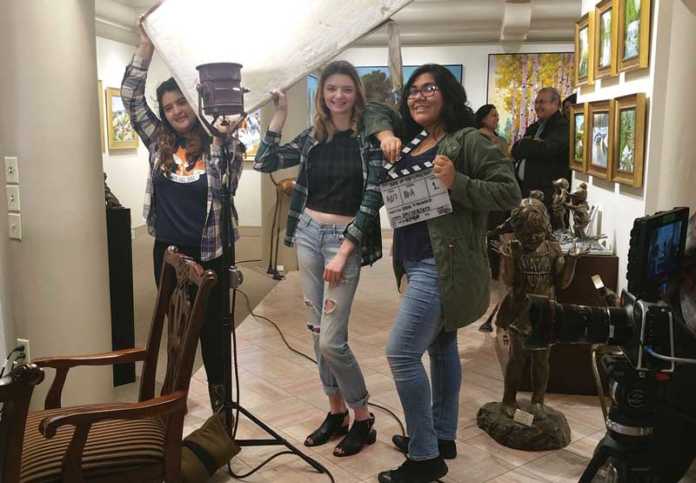 WATSONVILLE — Beginning Thursday, various locations throughout the city will hold the sixth annual Watsonville Film Festival, and on Saturday, it will host a world premiere event.

“War of the Limelight,” a film produced by the HARA Motion Picture Conservatory program in Carmel, follows a case of cyber-bullying between students at two rival high schools. Meanwhile, a young couple deals with falling in love across a culture divide.

According to producer Michael Buffo, the film’s storyline touches upon many issues that are, in his opinion, extremely relevant to today’s youth — not only cyber-bullying, but racism and immigrant rights.

This is one of the main reasons Buffo and the rest of the crew at HARA wanted the movie to premiere at the Watsonville Film Festival in particular.

“I think people here will connect with it,” he said. “And perhaps it will inspire them to make their own movies about topics they feel strongly about.”

“War of the Limelight” was directed by Los Angeles-based director Eric Hinwood and stars a cast of students from Monterey, Salinas, Carmel and Pacific Grove who enrolled in the HARA Motion Picture Conservatory program at the Carmel Youth Center.

The after-school program gives students the opportunity to work alongside professional filmmakers, learning everything from acting training to script creation. Primarily funded by grants, HARA works with many local organizations, including Digital NEST in Watsonville.

Hinwood himself was a student at HARA, and returned to the school last year to direct his latest film after working in the industry.

The premiere of “War of the Limelight” will be held on Saturday at the Henry J. Mello Center, 250 East Beach St., at 2 p.m. Youth cast and crew will be in attendance.

“We’re hoping for a great turnout,” Buffo said. “We want to take this film on the road, to screen to as many people as we can. It’s an important story.”

More than 35 films will be screened over the duration of the Watsonville Film Festival, from Thursday through Sunday, at the Henry J. Mello Center, Appleton Grill and Event Lounge, Romo Lawn and Digital NEST.

For information on “War of the Limelight” and to purchase tickets, visit watsonvillefilmfest.org.

JOHANNA MILLER - September 20, 2021
Two years ago Amy Thomas, principal at Watsonville Charter School of the Arts, noticed that her students were getting a bit restless during and...