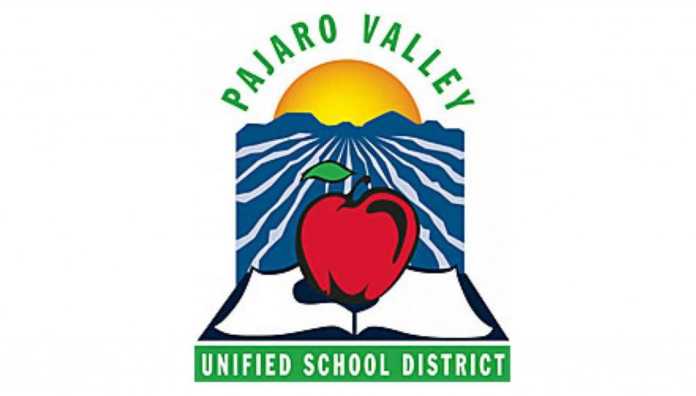 WATSONVILLE — In its first official action immediately after three new members took their seats for the first time Wednesday, the Pajaro Valley Unified School District Board of Trustees approved its first-interim budget with a positive certification in a 6-1 vote.

The positive certification means that PVUSD has enough money to meet its financial obligations for this year, and for the following two years.

That was a highlight in a meeting marked with tension, which was sparked by allegations that some trustees may have violated the Ralph M. Brown Act, a strict, 65-year-old set of laws that regulate governmental meetings.

Among other things, the act prohibits gatherings of a majority of board members outside of open, publicized meetings.

The tension began at the meeting’s opening, when the trustees appointed Karen Osmundson as board president, and freshly-seated Daniel Dodge Jr. as vice president.

Osmundson has not sat in the president’s seat in her 14 years on the board, and has unsuccessfully petitioned several times for appointment to the position. The president is responsible for leading the board meetings, among other things.

But Trustee Kim De Serpa abstained from voting on both Osmundson and Dodge, stating publicly that the appointments were stemming from possible violations of the Brown Act.

The violation to which De Serpa was referring occurred the week before, and started with a meeting between three trustees.

In an interview Thursday with the Pajaronian, Osmundson said the meeting was convened by Trustee Georgia Acosta, and began as an informal breakfast gathering between Jennifer Holm, Osmundson and Acosta at Coffeeville in the East Lake Village Shopping Center.

“I got invited and she (Acosta) told me afterwards there were supposed to be three people,” Osmundson said. “And there was three of us for about 20 minutes. I didn’t even know for sure that (Holm) was going to be there.”

According to Osmundson, at one point during that meeting Acosta mentioned Osmundson’s possible presidency, but the group did not talk about any other board issues, Osmundson said.

“I had never met her, and I was stupid maybe, and I stayed because I thought I should say hi,” she said.

The discussion, Osmundson said, was “mostly” between Osmundson, Holm and Acosta, and that the topic of the presidency “might” have been brought up with Schacher there.

Then, Dodge showed up at the end of the meeting, Osmundson said.

At that point, Osmundson said the group was merely “hanging out,” and that they did not discuss any board business. But the timing of the new arrivals was curious, Osmundson said.

“Then I thought to myself, ‘why would they all know about it if she just invited three of us?” she said.

“On my part, I was stupid,” Osmundson said. “I might have thought to myself afterward maybe they are not really board members because they are not sworn in.”

Holm acknowledged that the meeting occurred, and that she discussed Osmundson’s potential presidency with only Osmundson. She stressed the members did not discuss any board business.

“We were very mindful of the rules,” she said.

Dodge said that he was there to meet with Acosta, but that the meeting eventually grew to include all five members. But Dodge also stressed that the board did not discuss any board business.

Later, De Serpa said that Osmundson reached out to her asking for her support as president, which is also a possible violation of the Brown Act.

“If this meeting happened it is at the very least improper and potentially criminal, and I’m very disappointed that my fellow board members would break the Brown Act in that way,” De Serpa said. “If this did occur I think the allegations are serious enough to warrant further investigation by a proper agency, which I believe is either the Santa Cruz County Grand Jury or the District Attorney’s office.”

De Serpa acknowledged that the new trustees may have been unaware of the finer points of the Brown Act, which prohibits private meetings of public officials, even if they have not yet been sworn in.

“But the two sitting board members should have been very well aware about what they were doing, and the ramifications of doing so,” De Serpa said.

According to the San Rafael-based First Amendment Coalition, a violation of the Brown Act is a crime, although nobody has ever been prosecuted for a violation.

Acosta and Schacher did not respond to requests for comment as of press time. Orozco declined to comment.