Officials are saying that two people died in early February from COVID-19 in Santa Clara. The news parallels what officials have recently said about the virus: it got a much earlier start in Wuhan, China than first believed.

Today marks the 50th anniversary of Earth Day. Harvard graduate Dennis Hayes and Senator Gaylord Nelson of Wisconsin met for a brief chat about a day dedicated to environmentalism. What was supposed to be a 10-minute chat, turned into a two-hour boiler session that brought about the first Earth Day on April 22, 1970. In Watsonville, I have covered Earth Day/Day of the Child for The Pajaronian on this date for over two decades. It’s always a lot of fun, a hotbed of environmental education, live music, arts and crafts and hands-on demonstrations of how the city deals with recycling, keeping the waterways clean and more. That event is on hold because of the COVID-19 outbreak. Maybe next year?

I noticed on my bike ride today through downtown Santa Cruz that Santa Cruz Police were driving around in their patrol cars handing out to-go meals to homeless people. The friendly gesture was met with plenty of smiles and warm thanks by at least 10 people I saw getting the food.

Quote of the day: “We shape our tools, and thereafter our tools shape us.” — Marshall McLuhan, a 20th century, media theorist

Conchita Gonzalez, owner of Conchita's Ice Cream in Plaza Vigil, said she was glad to reopen recently. Gonzalez, who has been open...
Read more
About Town

Today is Memorial Day, a federal holiday in the U.S. designed to honor and mourn military personnel who died while serving in the...
Read more 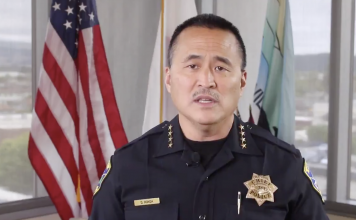