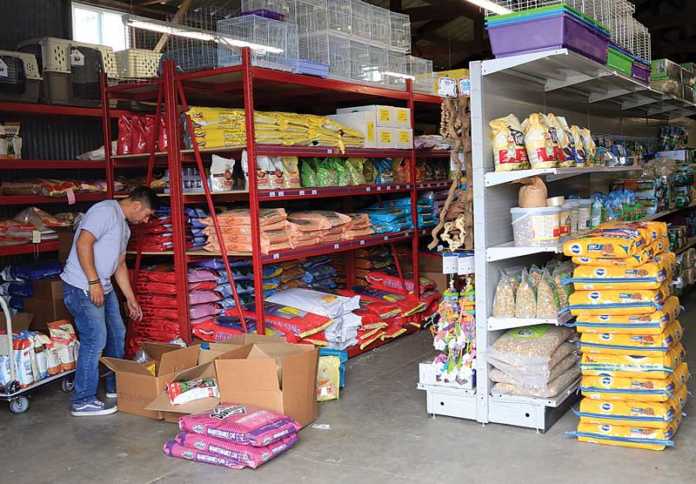 WATSONVILLE — Since closing early in 2017 after 40 years under the same ownership, Valley Feed on Freedom Boulevard has become the second location for Corralitos Feed and Pet Supplies.

Owner Ely Padilla said once he heard that Valley Feed owner Wally Evans was retiring, he began working with him to take over the building on 1486 Freedom Blvd.

The additional location opens up more opportunities for Corralitos Feed and Pet Supplies, according to Padilla, whose first location is at 2895B Freedom Blvd.

“I try my best to serve the community,” he said.

The 4,000-square-foot building, which Padilla estimates was built in the 1920s, is considered to be Corralitos Feed’s “city” store. As such, it will feature items for smaller animals, and will also include birds, reptiles and fishes for sale.

Marketing Director Ron Haedicke said the store fills a need in Watsonville, after Trop-Aquarium and Pet Center closed in 2016.

“The goal is to be a walk-in full service store,” he said.

The original 2,800-square-foot location, which has been open since 2005, is more of a “country” store, Haedicke noted, featuring supplies for larger animals on a farm.

The new store is currently in its soft opening period, with a grand opening scheduled for July. For information, visit corralitosfeed.com.