Spurred by more than a half-dozen state laws approved over the past three years, the changes limit parking requirements, reduce the application review time and remove impact fees for smaller ADUs, also known as “granny flats” or “granny units.”

An ADU is an additional living unit on a property that is detached from a home. It can also be a garage that has been converted into a living unit. A living unit created within the walls of a proposed or existing single-family residence is a Junior ADUs (JADU). The latter must be 500 square feet or less, and both must have an entrance independent of the primary home.

The California Department of Housing and Community Development says ADUs are low-cost projects that can provide an additional dependable source of income for homeowners and help house seniors, young people, small families or friends that are looking for cheap, no-frills housing.

While most of the changes passed at Tuesday’s meeting are mandated by the state and have already been in effect since the start of the new year, some Watsonville-specific changes were included in the rewrite of the municipal code. Maybe the most significant of the local additions: a 50% discount on building fees for residents looking to legalize ADUs that were illegally built before Jan. 1.

Councilwoman Trina Coffman-Gomez was unwilling to accept that half-off offer because City staff was unable to provide the council with an estimate for how much revenue the City would miss out on because of that deal. She had concerns that the City would be responsible for subsidizing several thousands of dollars—at the very least—of work on private property.

Her motion to accept the changes except for the 50% discount—she instead wanted the City to pursue a deferred payment method—failed 4-3, with Mayor Rebecca J. Garcia and Council Members Francisco “Paco” Estrada, Aurelio Gonzalez and Felipe Hernandez voting “no.”

The changes as recommended by City staff were approved 5-2, with Coffman-Gomez and Ari Parker dissenting.

Hernandez said the discount was a necessary incentive to persuade property owners who have constructed illegal and unsafe ADUs to come forth and legalize their units.

“This is about creating safe and livable housing stock,” Hernandez said.

Gonzalez agreed with Hernandez but had concerns that the legalization of illegal units could lead to mass evictions of individuals and families currently living in those unsafe units.

“We have to have a plan for this,” Gonzalez said.

Community Development Department Director Suzi Merriam said she did not know how many illegal ADUs were in the city limits. But, according to a staff report from the July Watsonville Planning Commission meeting, between July 2019 and May 2020, her department received complaints about 70 illegally constructed ADUs, 90% of which the City confirmed were constructed without proper permits.

Councilman Lowell Hurst and Councilwoman Parker both had concerns about the effects ADU construction would have on their districts. Hurst said the new ADU rules would indeed help increase the city’s housing stock, but worried that the City did not receive enough public input on the topic.

“There’s going to be a lot of fallout for this,” he said. “Some of it good, and some of it not so good.”

Parker said many of the changes passed down from the state—especially the easing of property line setbacks and parking restrictions—would “alter neighborhoods” in District 7. She said the new rules do not take into account small communities that are already struggling with high-density housing situations such as Watsonville.

“The quality of life is going to go down here in Watsonville,” she said.

The City had not updated its rules on ADUs since 2003.

Under the new rules, ADUs are allowed in most residential areas, have a height limit of 28 feet and must meet a minimum 4-foot property line setback. Conversions of an existing structure, however, are not required to meet setback requirements so long as they do not exceed the 16-foot height limit.

A maximum of one off-street parking space is required for every ADU, though that can be waived if the project meets certain criteria such as its proximity to public transit.

Impact fees can, too, be waived if an ADU is 750 square feet or less, and separate utility connections are not required for an ADUs under 800 square feet. Removing impact fees could save developers thousands of dollars, according to Watsonville Associate Planner Ivan Carmona.

Merriam said the City’s Housing Division is looking into creating a loan program for property owners interested in building an ADU. 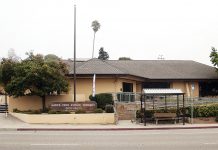 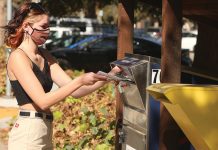 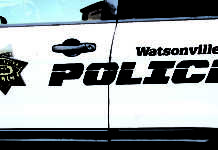 Tarmo Hannula | October 26, 2020
APTOS—Plans are moving forward with the Aptos Branch Library project to raze the existing 8,000-square-foot building near the corner of State Park...