Pellerin made the announcement Thursday, a little more than a week after what many are calling the most significant election of modern times.

In a press release, she said she wants to “pursue other interests.”

“I am humbled and honored to have worked with so many amazing people over the years,” Pellerin said. “I am eternally grateful to my staff, and especially appreciative of the voters who put their faith in me to protect their democracy. I often tell my children, ‘The only thing permanent in life is change,’ and it is time for me to make a change.”

Pellerin told this newspaper she hopes to take at least a year off, and will then consider returning to public service.

Former County Treasurer Fred Keeley, who also served as Speaker Pro Tempore in the State Assembly, said he hopes that Pellerin will run for the 29th Assembly District seat when Mark Stone terms out in 2024.

“Gail Pellerin would be an outstanding state legislator,” Keeley said.

Pellerin did not specifically say whether she is considering a run for that seat. But she pointed out that a woman in an elected position from Santa Cruz County has never been elected to a state office.

“I want to be a part of that movement,” she said.

Pellerin says she has been working since she was 13.

“I’m just going to enjoy every day being Saturday for a while,” she said.

She says she was thinking about making the 2020 presidential election her last one, and seeing the record turnout, she is glad she did.

“Voting is cool again,” she said. “It was my dream election.”

According to County spokesman Jason Hoppin, Pellerin is recognized as a leading voice on California elections and is an expert on election integrity and the future of elections.

She previously served as president of the California Association of Clerks and Election Officials from 2010 to 2012, and she has served on California’s Voting Accessibility Advisory Committee since 2006, a body she now chairs.

She has also been a member of the Future of California Elections since 2011.

She is the author of several guidebooks to assist voters in navigating through various election procedures, including initiatives, recalls and referendums, Hoppin said.

In addition to elections and voter registration duties, the clerk’s office is also responsible for other services such as passports and marriage licenses.

Pellerin is also known for creating a Valentine’s Day wedding event, where couples who want to tie the knot can do so in a decorated room on the top floor of the County Building, and celebrate with cupcakes and sparkling cider.

That service continued during the Covid-19 pandemic, and people came from as far away as New York to get married, Pellerin said.

It is not yet clear who will take Pellerin’s place. She says that assistant County Clerk Tricia Webber has been groomed for the role. The ultimate decision, however, will fall on the Santa Cruz County Board of Supervisors.

Supervisor Bruce McPherson stated in a press release that Pellerin is “at the top of her class among county and state election officials,” adding that her colleagues frequently asked her how to implement safe and legal election procedures.

“That’s why they elected her to lead their state association,” McPherson said. “We have been very fortunate in Santa Cruz County to have had Gail lead us through so many election cycles.”

After a brief career as a journalist and as a legislative staffer in Sacramento, Pellerin moved to Santa Cruz. From 1993 to 2004 she was elections manager under then-County Clerk Richard Bedal, and was eventually appointed to the permanent role after some of the duties of that office were split. She went on to win reelection four times, running unopposed each time, Hoppin said.

Pellerin says that the hardest part of leaving a job she says she adores will be the people she served. She says she has no plans to leave the county.

“The people are incredible, that’s the hardest part,” she said. “I’m still in this community. This is my forever home.” 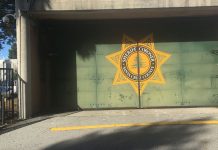 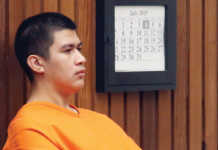 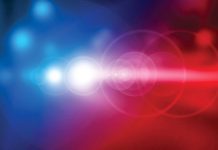 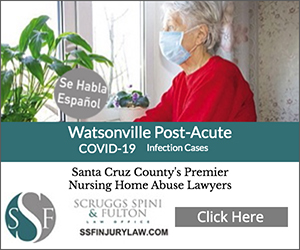 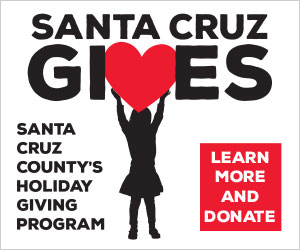