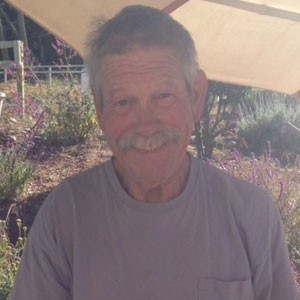 David B. Swanson passed away peacefully on the morning of January 24, 2019.  He suffered a massive stroke on Tuesday, Jan. 22 and was completely incapacitated.  He was surrounded with love by his daughter Jennifer and his son-in-law Angel Martinez, the love of his life Kim Swanson, sister Mary George and best friend and brother-in-law Dick George, nephew Doug George, and “adopted daughters” Rachele and Becky.

He leaves behind many close friends, who were chosen family, 2 grandchildren, sister Anne, cousins Bill, Richard, and Bob, Molly, Shay, Melanie, Boo Boo, Josh and Kelly Baldwin, Alex and Sally, Aquaman, Joe Narrez, Nanci and the bird class of Watsonville Adult Education, The Martinez clan,  and many friends and neighbors whose paths he crossed on a daily basis.

Dave started life in Long Beach on July 28, 1944 and (as his cousin Bill says) always cast a shadow that was larger than life.  He solo’d an airplane on his 16th birthday and was a surf rat in Mazatlán and around the globe.  He served his country in Vietnam and was a pioneer in the fiberglass and mold business.  He was a sea captain in Hawaii and ran charter boats during the 80s and early 90s.  After returning to the mainland in 1993 he took over Capital Yachts in Harbor City and he eventually ran a private yacht out of Ventura that regularly competed in fishing tournaments – one of his proudest moments was winning a knot-tying contest in said fishing tournaments. He helped his daughter buy her ranch in 1993 and began dividing his time between his first love, the ocean, and his second love, the earth in Watsonville.

For the last 15 years he has resided and tended to the ranch where he will be laid to rest.  A celebration of his life will be held at his home on Feb. 16 at 1 p.m. and all are welcome to attend.