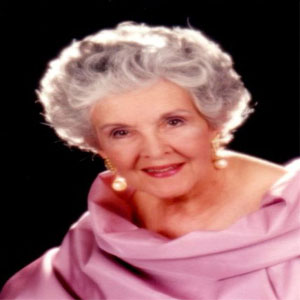 Dolores was born in Fresno, California on May 26, 1922, and died peacefully with her daughter by her side late Tuesday night, April 18, 2017. She was 94 years old and had truly looked forward to meeting her Lord.
Dolores was preceded in death by her husband Wayne in 1997. She is survived by her only daughter, Debbie Harlan of Aptos; three grandchildren: Valerie (Taylor) Greene of Reno, Nevada; Amy (Chris) Ramsey of Corralitos; David (Nikole) Humphreys of Reno, Nevada; and seven great-grandchildren.
Dolores worked as a fashion model in San Francisco in 1947 until she met and married Wayne Harlan in 1953. The couple moved to Watsonville and together they started Coast Gas. They were long time members of First Baptist Church in Watsonville. They enjoyed traveling in their motor home, gardening and hosting Bible studies in their home. She was an outstanding homemaker and enjoyed sewing, cooking, creating beauty and spending time with her grandchildren.
Dolores had a profound influence in the lives of many people throughout the years,especially in her later years at Dominican Oaks Retirement Community. She was also a long time member of Twin Lakes Church in Aptos. Dolores leaves a legacy of faith, demonstrated by her love for Jesus Christ; it is a legacy of commitment, demonstrated by her 43-year marriage to Wayne; and it is a legacy of grace, demonstrated by how she lived and how she died. She will be deeply missed by her family, including her two stepchildren John of San Carlos, Sonora, Mexico; and Melinda (Fred) Wyse of Eureka.
Visitation services will be held on Friday, May 5 from 6:00-9:00 PM at Ave Maria Memorial Chapel. On Saturday, May 6, 2017 a Funeral services will be held at 10:00 AM at Ave Maria Memorial Chapel in Watsonville with private burial services to follow at Pajaro Valley Memorial Park.
In lieu of flowers donations may be made in her name to Dominican Hospital Foundation, 1555 Soquel Avenue, Santa Cruz, CA 95065
Arrangements have been entrusted in care of The Carroll Family of Ave Maria Memorial Chapel, www.avemariamemorialchapel.com