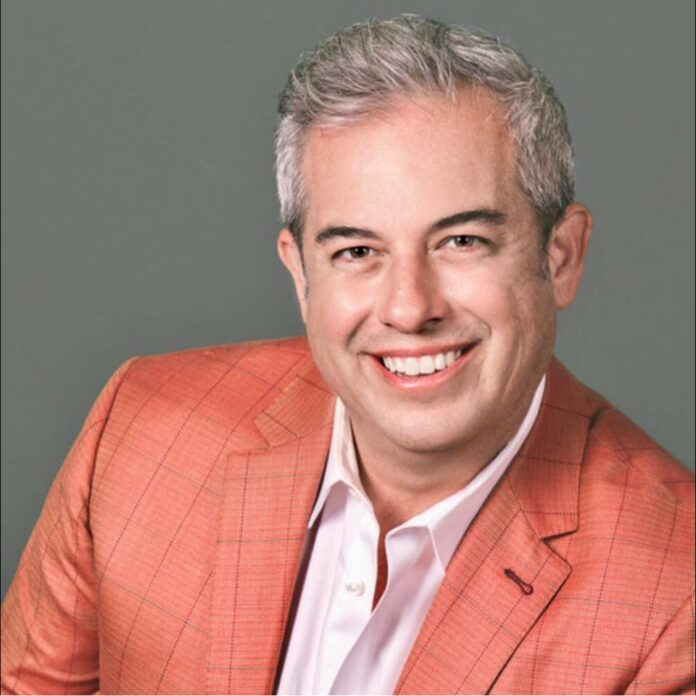 WATSONVILLE—Watsonville City Councilman Jimmy Dutra announced on Jan. 29 that he will run for the 4th District seat on the Santa Cruz County Board of Supervisors.

It will be the third time that Dutra, who is fresh off his stint as Watsonville’s mayor in 2021, has run for the seat currently occupied by Greg Caput.

He finished as a distant runner-up in 2018—trailing Caput by 1,000 votes—and placed third in the June 2014 primary behind Caput and former Watsonville Police Chief Terry Medina as, then, an unknown candidate.

In a video announcement, Dutra said that he wanted to address homelessness and mental health, build farmworker housing and advance long-needed infrastructure projects in South County.

“Together we can give South County the voice it deserves,” Dutra said.

Hernandez, who served as Watsonville’s mayor in 2016, also ran for supervisor in 2018 but finished third in the primary behind Caput and Dutra.

Caput has not said whether he will run for what would be his fourth term.

Dutra first served on the Watsonville City Council from 2014-2018 before running unsuccessfully for the supervisorial seat. He was voted back onto the council in the November 2020 election and served as mayor last year in a tumultuous time beset by the ongoing pandemic, mounting homelessness issues and conversations surrounding police spending and oversight.

That experience, Dutra said in an interview, will help him handle the responsibilities of representing the greater South County community if he is elected.

“We had so many issues and it landed all on my plate,” Dutra said. “I’m proud of what we accomplished to help our community.”

At the top of his list of accomplishments that he highlighted was his advocacy in making the Covid-19 vaccines available to Watsonville residents that were disproportionately impacted by the virus. Dutra said he was assertive with county representatives and convinced leaders from other Santa Cruz County cities that Watsonville was the community most in need during his first months in the mayoral seat.

“I had to be a real big voice because some of the decisions that were being made were literally life and death for our community,” he said.

Dutra has without a doubt been a “big voice” in his first year back on the council. He has traded barbs with his peers—and members of the public—on hot button issues and in small squabbles. He has maintained that most of those disputes were personal attacks from political rivals that, in the past, might have gotten to him.

“It doesn’t bother me now,” he said. “I’m so much more comfortable in my own shoes and confident with my decision-making.”

Dutra has often been the lone dissenting vote on several issues since returning to the council, especially on the approval of housing. He voted against the construction of at least four projects last year. That includes the development of single-family homes off Ohlone Parkway, a set of townhomes on Airport Boulevard that were under the threat of litigation and two affordable housing projects near Atkinson Lane in his Watsonville City Council district.

Despite that voting record, Dutra said that he does indeed support the development of housing. But, he explained, he does not support projects that he believes are not well thought out. In the case of the affordable housing developments near Atkinson Lane and Freedom Boulevard, he said that the infrastructure leading to those projects is not built to sustain the additional 133 families that will call the area home. He also said that there are no guarantees that those homes will go to Watsonville residents, and worries that they don’t address the root of the housing issues in South County: a lack of farmworker housing.

If elected, he hopes to work with farmers in South County on large housing projects similar to those that have sprung up in Monterey County recently.

“It would really change the whole housing issue that we have in our community,” he said, “but working with the farmers is going to be key.”

Solving that issue, he said, will, in turn, help the county deal with homelessness. When asked about his plans of how to address the issue, Dutra said that he would first work to improve the county’s response and services for people with mental health and addiction issues. He said that he wants to mandate that people who are living in an encampment and are diagnosed with either a mental health or addiction issue be moved to shelter and provided services.

The 4th District seat will be on a June primary that will also include a race for the 3rd District seat, which represents much of Santa Cruz, the North Coast and parts of the Santa Cruz Mountains. Current 3rd District Supervisor Ryan Coonerty has said he will not seek reelection and four candidates—Shebreh Kalantari-Johnson, Justin Cummings, Thomas Dean Ramos and Douglas Deitch—have stepped forward for the position.

Dutra was born and raised in Watsonville and attended local schools, including Salesian Sisters, E.A. Hall Middle School and Watsonville High School. He holds a bachelor’s in political science from Santa Clara University and received his master’s in executive leadership at the University of Southern California.

He has served on the boards of Santa Cruz METRO, Pajaro Valley Prevention and Student Assistance, Community Action Board, The Diversity Center and the California League of Cities LGBTQ Caucus.

If elected, Dutra believes he would be the first openly gay Santa Cruz County Supervisor. Although he was a champion for the LGBTQ+ community during his year as Watsonville’s first openly gay mayor—leading the effort to raise the rainbow flag for the first time in the city’s history, Dutra said that he did not want to make his sexual orientation a key part of his campaign.

“Being gay is a part of me. It’s a big part of me,” he said. “But I’m elected to be a representative of all the people.”

Tony Nuñez
Tony Nuñez is a longtime member of the Watsonville community who served as Sports Editor of The Pajaronian for five years and three years as Managing Editor. He is a Watsonville High, Cabrillo College and San Jose State University alumnus.