One of the most widely used technological advances is the automobile. Cars are all over the world and almost everyone uses them. However, gasoline cars produce extremely large amounts of pollution while electric cars do not directly produce any pollution.

With the large amounts of electricity that we already produce and with new advancements, like solar energy, it would be easy to move into greater use of electric cars. With electricity prices far lower than gas prices, who could say no?

I am heavily in support of switching over to the use of electric vehicles because the reduced amount of pollution will help to prevent further climate change. Leading those of us who are saying “yes” to electric cars is Elon Musk, CEO of Tesla Inc. and SpaceX. These two companies are leading the world forward into a more sustainable future.

SpaceX is working toward starting a civilization on Mars. They just recently became the first space company to develop and reuse a rocket. They developed this because they decided against sending people on a one-way trip to Mars and instead want to be able to bring them back.

Tesla Inc., previously Tesla Motors, is currently manufacturing electric vehicles as fast as they can produce them. Musk developed the engine that they are using in the vehicles and then released the patents and design blueprints for his miracle engine. This means that any car manufacturer can use the same exact engine that has already been tested and works in their own vehicles without having to pay Tesla Inc. for using it.

The only problem we have with switching over to greater use of electric vehicles is not being able to produce them fast enough. Some motor vehicle companies are helping speed up production, but we still need to funnel everything we’ve got into this.

Climate change is already affecting the world in dramatic ways. Melting glaciers plus our weakened ozone layer is resulting in increased temperatures all around the globe. Reducing the amount of vehicles emitting carbon into the atmosphere will begin to reduce our effect on the environment. This will also allow the ozone layer to start repairing itself.

By opening up the use of his engine patents with no questions asked, Musk is urging everyone toward a more sustainable future. In his blog post, “All Our Patents Are Belong To You,” on tesla.com, Musk commented that “we felt compelled to create patents out of concern that the big car companies would copy our technology and then use their massive manufacturing, sales and marketing power to overwhelm Tesla. We couldn’t have been more wrong. The unfortunate reality is the opposite: electric car programs (or programs for any vehicle that doesn’t burn hydrocarbons) at the major manufacturers are small to non-existent, constituting an average of far less than 1 percent of their total vehicle sales.”

Shortly after Musk announced the open use of Tesla Inc.’s patents, Apple announced they were working on building a self-driving electric car and is even bribing Tesla employees to come work for them. While other companies deny any use of Tesla’s patents, Musk believes that the advancement of electric vehicle technology is far more important than inhibiting others for his own gain.

Other inventions by Tesla designed to build a more sustainable world include the Powerwall which is a large backup power battery for homes and businesses and the Solar Roof which is one of my favorites. The Solar Roof is a roof that is entirely made of solar panels but is designed to look exactly like a normal roof.

Musk’s work through Tesla and the release of their patents has given me great hope for the future. We only have this one planet, and if we want to continue having this planet then things need to change. We can no longer keep living like we have a backup. If we want to continue having a future on this planet, then moving toward electric vehicles is a key step to ensuring that future.

Christopher Richardson, an English student at Cabrillo College, submitted this column as part of an assignment. His opinions are his own and not necessarily those of the Register-Pajaronian.

By Jennifer Holm & Jennifer Schacher, PVUSD Board President & Vice-President  Like so many others in education, the Pajaro Valley Unified School District community has...
Read more
Opinion

Regarding moving the bust of Washington Seeing as how the City Council caved to the cancel culture mob I have decided to make as many...
Read more
Opinion

It has been just over 100 years since women received their right to vote. The suffrage movement of brave women gave the women’s movement...
Read more 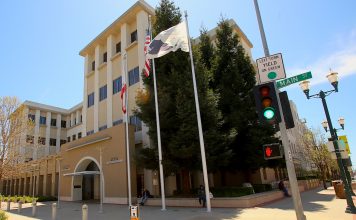