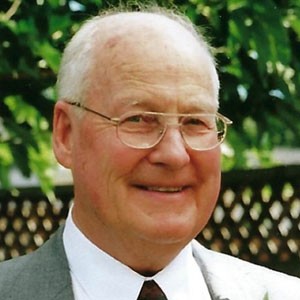 Emmett Dean Shugart took his next step in life February 6, 2019, 3 days after his 90th birthday.

Emmett (Rick) grew up in the Aromas area of Monterey County. A hard worker from an early age, helping the family’s income during hard times and the Depression by working while attending Junior and High school. He served in the Air Force from June 1946 to June 1949 as a cryptographer and Staff Sergeant. Soon after, he met and married Barbara Glenn and settled in La Selva Beach in the early 1950’s.
They had three children, Steve, Byron and Mercedes.

Rick worked the majority of his life in home furnishings. He built three companies in this field. He also spent most Sunday afternoons in his garage (after church) building custom window cornices for window displays in department stores and homes around the Bay Area. He donated these profits. Rick served in his community in so many ways, President of the La Selva Beach (LSB) Improvement Association, member of the LSB Volunteer Fire Department, LSB Community Church ‘everything’, LSB Recreation District, Soquel Creek Water Board…. and more, much more.

Rick had so many other skills. Early, he was a sought after auto/body painter, then a master seamstress, master gardener, professional draftsman, plumber, electrician, astronomer and a mechanic/repair anything person.
Let’s mention, he retired at 65, and built a vacation house in Lake Tahoe, he did it all, plans, permits and all the construction from the foundation to the engineered roof beams. Kids and friends all helped, but he made it easy. He dreamed, planned and made visions happen, always. There was nothing he could not do, once he dreamed it.

He also spent time “out of the box”. He rode his bicycle to work in Santa Cruz for many years, long before it was popular. He rode around Lake Tahoe at least three times just for fun and enjoyed the bike trips to the Pinnacles with his sons. He even dabbled with oil painting.
He was the second of six children to Homer and Sarah Shugart, the oldest boy.

He leaves his children, Steve, Byron (Mary Beth) and Mercedes (Doug); grandson Trey (Jessica) and their children Travis and Emelia. Also granddaughter Vanessa’s children, Cassie, John and Derek. He also leaves his older sister Dorothy, younger sister Teana, and youngest brother Ralph. He was preceded in death by his parents, his wife Barbara, sister Rachel, brother Harvey, and granddaughter Vanessa. He loved them all.

A memorial will be held on Saturday, Feb. 23 at 1pm at La Selva Beach Community Church, 26 Florido Ave., La Selva Beach. A luncheon will follow. Carpooling may be a good idea.
In lieu of flowers, volunteer a few hours to help your community or your elders in the next few weeks or months. You will be blessed, as was he.