WATSONVILLE—A family of a man who died from Covid-19 at Watsonville Post Acute Center (WPAC) has sued the facility.

Donald Wickham, 94, died on Oct. 10. He was one of 16 residents who died after contracting the virus.

According to the lawsuit filed Nov. 10 by Santa Cruz law firm Scruggs, Spini & Fulton, the facility was “understaffed and inadequately trained” in infectious disease prevention and control.

The facility was investigated by the California Department of Public Health (CDPH) six times for poor infection control procedures, attorney David Spini said, adding that the lawsuit could be “The first of what could be a number of lawsuits against Watsonville Post Acute.”

At the peak of the outbreak at WPAC, 50 residents and 20 staff members tested positive for Covid-19.

“Infection control in nursing homes is not some new thing,” Spini stated in a press release, pointing out that WPAC had more than six months to prepare for Covid’s spread.

“Instead, the nursing home ignored the World Health Organization, the Centers for Disease Control, the California Department of Public Health, and our County’s own training and instruction,” Spini stated. “Most nursing homes have done just fine, but not Watsonville Post-Acute. It is a real tragedy.”

According to Spini, CDPH found after an investigation in October that WPAC was not in compliance with infection control procedures when a housekeeper was not screened for Covid-19 before the start of their shift.

The Wickham lawsuit seeks damages for Wickham’s death, as well as punitive damages.

The lawsuit is not the first time WPAC and the neighboring Watsonville Nursing Facility—the two are under the same ownership—have faced troubles.

In May 2015, the owners agreed in federal court to pay a $3.8 million fine for filing false Medi-Cal and Medicare claims and providing “materially substandard or worthless services.”

Along with paying the fine, the company signed a five-year Corporate Integrity Agreement (CIA) with the U.S. Department of Health and Human Services OIG. The agreement, among other things, required the company “to implement and maintain a robust compliance program and retain an independent monitor to help ensure the nursing homes’ compliance with Medicare and Medicaid regulations and standards of care.”

In 2017, They were fined $1,000 by CDPH for failing to report abuse from an employee, and the year after they were handed two $2,000 fines for lack of pest control and for failing to provide a safe environment for non-smoking residents.

WPAC states on its website that it now has no new cases.

The outbreak at WPAC prompted facility officials to call in the National Guard to make up for the staffing shortages.

According to a report by the American Health Care Association and National Center for Assisted Living (AHCA/NCAL), Covid-19 cases in nursing homes grew 73% between mid-September and the week of Nov. 1 to 10,279 new weekly cases.

Most of the cases were caused by community spread, said Mark Parkinson, President and CEO of AHCA/NCAL.

“Our worst fears have come true as Covid runs rampant among the general population, and long term care facilities are powerless to fully prevent it from entering due to its asymptomatic and pre-symptomatic spread,” Parkinson stated in a press release.

The outbreaks at nursing homes are prompting the facilities to limit visitation, a growing concern during the holiday season as families look to spend time with each other.

WPAC and WNC have suspended their “socially distanced visitation program,” and are instead offering video visitation, facility Administrator Rae Ann Radford stated on the facility website.

Radford took over the leadership role on Oct. 19 from Gerald Hunter.

She says that the coronavirus has presented a challenge for the healthcare industry, and the skilled nursing industry in particular.

But data from the Centers for Medicaid and Medicare Services show that two residents at WNC had tested positive at least one week before that announcement. By that time, WNC had also reported that it had 12 suspected Covid-19 cases.

The number of suspected cases held steady until the week of Aug. 2, when WNC reported that it had suspected 18 more residents had come down with the disease.

WPAC during that time, however, did not report any positive cases and reported only one suspected Covid-19 case. But on Sept. 13 that facility reported that it had admitted or readmitted 11 patients that had been previously hospitalized and treated for Covid-19.

The situation spiraled out of control after that week.

On Sept. 20, eight WPAC residents tested positive, and 18 were suspected to have the disease. A week later, that facility had 30 positive cases, reported another dozen suspected cases and announced three deaths.

Once home to 80 residents at the start of September, WPAC dipped below 50 by mid-October.

It is not clear where those 11 patients that had previously been hospitalized and treated for Covid-19 came from. It is also not clear why the facilities did not test the residents that were suspected to have Covid-19.

Also unclear is whether Hunter is still employed by the company that owns WPAC.

The CDPH website lists Crescent Facilities Operations, LLC, as the owner, but a phone number listed for that company was disconnected. Multiple attempts to reach an owner for comment were unsuccessful.

Radford declined to comment for this story, citing patient confidentiality. But she provided this statement through email:

“At Watsonville Post Acute we pride ourselves in the care we provide to our residents and keeping an open line of communication with the residents’ families and responsible parties,” Radford stated in the email. “The health & safety of our residents and staff are our main priority. We will continue to provide the care that our residents need.”

Radford stated in a separate email that “Watsonville Post Acute Center will be aggressively defending against these allegations.”

Family members whose loved ones are—or were—at WPAC, say they found a lack of communication, unsanitary conditions, brusque staff members and an unsettling level of disorganization during the Covid-19 outbreak.

In September, a WPAC staff member called a woman who wished to be identified as Megan Elizabeth with news that her father had tested positive for Covid-19. They also told Elizabeth that an outbreak had been discovered the day before, which was inaccurate since the center reported its first case in July.

“I had no idea they already had a situation,” Elizabeth said.

Elizabeth added that the center still did not let her talk to her father. They then called 12 hours later to say he had “gone downhill,” she said.

Six hours later, her father was taken by ambulance to a hospital with a blood-oxygen content of 86%, a level that some medical professionals consider an emergency.

Elizabeth says that WPAC incorrectly labeled her father as a homeless Medicare patient for his hospital visit, and she was not able to speak with him for his 5-day stay.

“It was so chaotic,” she said.

Elizabeth says her attempts to get information from WPAC about her father were ignored, or met with terse responses.

He returned to the facility after defeating Covid-19, but his health has continued to deteriorate from lack of care, Elizabeth says. He was admitted back to the hospital after developing viral pneumonia and another infection when WPAC staff failed to replace a urinary catheter, Elizabeth says.

“Even after all of this, he is absolutely not getting any better quality of care,” she said. “And he is terrified, and I am terrified. It’s a really scary thing to get so many questions unanswered and getting so many lies. I can go back as far as April and not get any answers.”

Inez Moton, 71, says her family admitted her brother Otis O’Neal four years ago. As a former nurse who worked at several nursing homes, she says she was happy with the care he received, and that he seemed happy there as well.

That is why a phone call on Sept. 25 telling her O’Neal was having difficulty breathing—and was being admitted to the hospital—surprised her.

According to Moton, WPAC performed an in-house test on O’Neal that came back positive. The caller stated that the center had sent an email, which Moton says she did not receive.

When she tried to call her brother, she was told he was sleeping, she says.

Moton then asked the caller when he had tested positive, and they told her a nurse would call her with that information.

For the next week, Moton says she was stonewalled by WPAC staff on at least five separate phone calls. She says that staff was dodgy at best and that she was never able to speak to a social worker or the administrator despite her requests.

So she says she called the county Long Term Care Ombudsman, which provides advocacy services for patients in nursing homes, on Sept. 30.

Two days later—at 11:30pm—Moton finally got a phone call from a staff member, but not the one she was hoping for. Her brother had died an hour earlier.

More than a week later the WPAC Director of Nursing Services called wondering what to do with O’Neal’s possessions. Moton says she asked if her brother’s lab test was positive for Covid-19. The nurse said she would have somebody call her back.

“I need to get to the bottom of this,” she said. “I don’t want a lawsuit. I want this known. Because I found out later that my brother was one of the two first people to die there, supposedly of Covid and we still haven’t gotten a call back. If you don’t have anything to hide, why can’t you get back to me? Why can’t you tell me for certain?”

According to data from the CDPH, from 2017-2019 WPAC and WNC have had 87 complaints filed against them—landing above the annual state average in ‘17 and ‘19 when combined—and failed federal or state inspection on 11 of those complaints. In that same time, they also had 109 “survey deficiencies,” infractions that are recorded by investigators during visits regarding complaints or certifications.

Those deficiencies ranged from failing to tell the ombudsman that a patient had been transferred to a hospital in 2019 to failing to provide a comprehensive plan of care for patients with ailments in multiple years.

Elizabeth says she placed her father in WPAC after an injury left her unable to care for him. After three months, she says her formerly independent father was “a whole different person” who had lost weight and had become despondent.

Worse, he resorted to using diapers because he couldn’t get help from staff to get to the bathroom, Elizabeth says.

Those problems were not unique to her father, she says. Instead of seeing people being rehabilitated, she saw them languishing in their beds.

Elizabeth said she had raised concerns with staff for issues such as patients lying naked in their beds with the door open, and people screaming in the hallways with nobody helping them.

“I thought this was a rehab,” she said. “But everyone there seems permanent. I don’t see anyone getting out of there any time soon.”

Elizabeth says she filed a complaint more than a month ago but has yet to hear whether it has been processed. 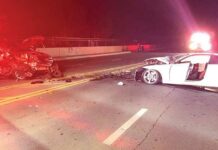 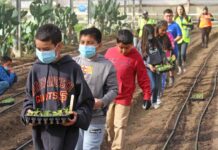 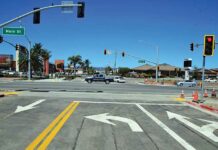 Staff Report - September 26, 2022
WATSONVILLE—A 33-year-old pregnant woman died Thursday night as she walked across South Green Valley Road and was struck by a car. The woman has been...