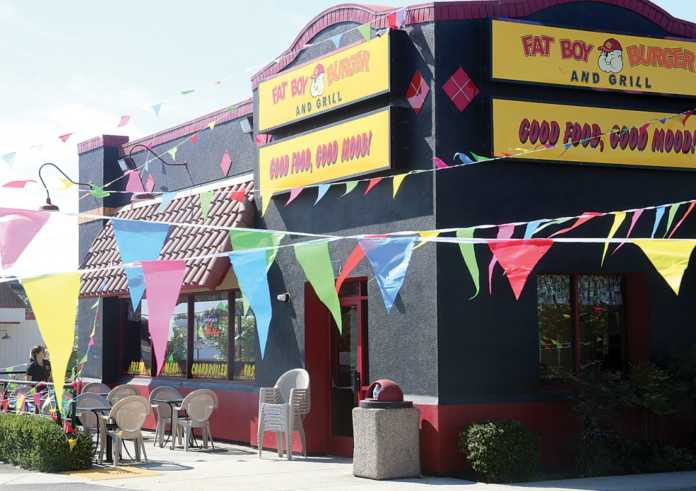 WATSONVILLE — Local burger lovers have a new place to dig in.

Fat Boy Burgers and Grill recently opened its doors at 1467 Freedom Blvd. and was swarmed with hundreds of customers looking to dine on its tasty offerings, which include burgers, crinkle-cut fries and milkshakes.

Owner and operator Zahi Saleh said he wanted to give the Watsonville community something they can’t find anywhere else. That includes the interior decor, which features art of the Pajaro Valley’s rolling hills and agriculture, as well as the logos of the city’s four high schools — Watsonville, Pajaro Valley, Monte Vista Christian and St. Francis.

“I wanted to make this into a place that matched the community — we’re trying to make a connection with our customers,” Saleh said. “Personally, I like to spend my money locally, and invest in small business as oppose to going to these big companies.”

Saleh brings years of restaurant experience as the owner and operator of seven restaurants in Fresno and Tulare counties, including Triangle Burgers Drive In, which last year was awarded Best Hamburger in Fresno by the California Restaurant Association.

Like those successful establishments, Fat Boy prides itself in using fresh meat and veggies, friendly customer service and an aroma-heavy charbroil cooking style.

“It’s just like you’re cooking at home on the barbecue,” Saleh said. “The smell, the taste, the flavor — you can’t find that anywhere else.”

Watsonville resident Manny Maldonado and his family on Monday evening left the restaurant full and satisfied.

Maldonado and his family said there was a “100 percent” chance they’d return for another meal. He hopes the quality of the food and service remains the same, and that the community continues to support the business in the future.

“This location, it has a lot of bad luck,” Maldonado said. “I hope these guys stick.”

The location laid vacant for roughly two years after Chicken Express folded. Before that Wienerschnitzel and El Pollo Loco called the location home, but both failed to gain traction in the community and closed a handful of years after opening.

Saleh said Fat Boy has plenty of potential to grow into a community staple.

“I look at this location as a gold mine,” Saleh said. “The traffic is here, there’s plenty of parking and the Watsonville community has been great so far.”

TONY NUÑEZ - January 25, 2023
SANTA CRUZ COUNTY—Writer Stephen Kessler has been named the 2023 Artist of the Year by the Santa Cruz County Arts Commission.  Kessler has written a...