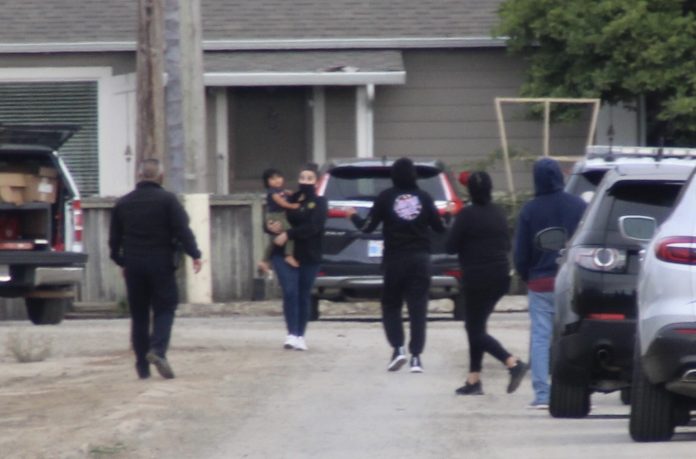 Editor’s note: This story has been updated from an earlier version.

WATSONVILLE—A 39-year-old Watsonville man is facing felony child endangerment charges after abruptly taking his 1-year-old daughter late Sunday night and refusing to surrender her to Watsonville police in a four-hour stand-off on the outskirts of Watsonville.

Miguel Torres was arrested Monday around 6:50pm after police broke the back windows of his white 2012 Chevy Silverado, opened the truck’s back door and rescued his daughter, Frida. Police pulled him from his truck after using a Taser and setting off three flash-bang grenades.

His daughter was unharmed.

The arrest ended a near day-long chase that began around midnight Sunday when Torres grabbed his daughter from her mother’s home and took off in his truck.

The California Highway Patrol attempted to stop Torres after a reported hit-and-run collision in Santa Cruz. He led police on a chase over Highway 17 to Scotts Valley, but CHP called off the chase after learning a child was in the vehicle, Pulido said.

Around 3:30pm—roughly two hours after WPD asked for the community’s help in finding the truck—police received a tip that Torres had resurfaced at a property on the 200 block of Riverside Road just outside of Watsonville. Police found Torres and his daughter in the truck and surrounded the vehicle while calling for him to surrender his daughter.

But Torres tried to ram the police blockade, running into a WPD patrol car before other units, including a BearCat armored vehicle, pinned him in, Pulido said.

After hours of failed negotiations, police decided to make their move.

Pulido said Torres could face additional charges from the CHP, including hit-and-run and DUI. That investigation is still ongoing.