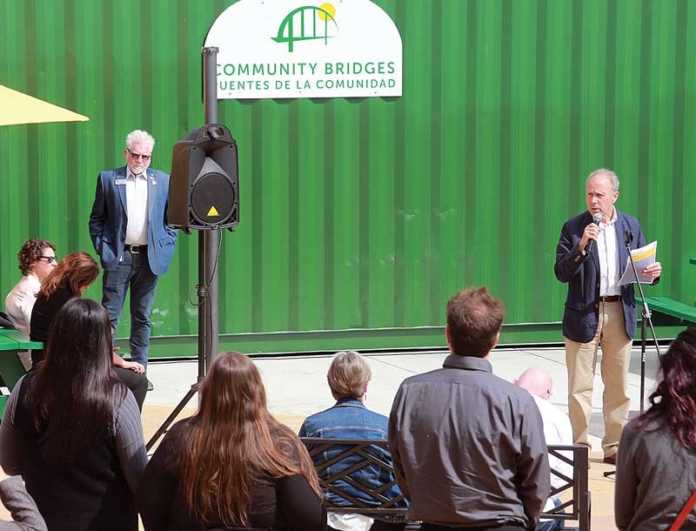 WATSONVILLE — A group of service providers and elected officials gathered in Community Bridges’ new Watsonville location Thursday to discuss a proposal from the Trump administration that could drastically change rules for immigrants applying for residency.

The proposed changes to the Public Charge policy, announced Wednesday, would prohibit undocumented immigrants who receive public benefits from applying for residency, otherwise known as a green card.

For now, Community Bridges CEO Raymon Cancino stressed that immigrants should not give up the assistance programs on which they rely.

“Community Bridges programs are not impacted,” he said. “We want them to know that this is still a safe space.”

The rule essentially states that anyone who is likely to become a public charge — or rely on public benefits to survive — is ineligible to apply for residency. Currently, that is limited to immigrants whose cash assistance makes up more than half their income.

Under the new rules, immigrants who receive benefits such as welfare, federal cash aid, food stamps, Section 8 housing or Medicaid, Medicare Part D and subsidized public housing would be prohibited from applying for residency.

“We have to oppose this, because this is cruel,” Keegan said. “This is inhumane. And some would say it’s racist because it’s attacking the poorest and especially those living in our communities; the people who are coming to work in our fields to put food on our tables.”

The rule will not be retroactive, meaning that anyone receiving benefits now should not drop their services, Keegan said.

People who already have their green cards will not lose them, unless they leave the country for more than six months, Keegan said.

Congressman Jimmy Panetta decried the proposal, and urged everyone to register their complaints during that time.

“This administration wants to change the definition of what it means to be a public charge and use that definition against legal immigrants who are using public benefits,” Panetta said.

On its website announcing the change, the U.S. Citizenship and Immigration Service stated that, “Self-sufficiency has long been a basic principle of United States immigration law.

“Since the 1800s, Congress has put into statute that individuals are inadmissible to the U.S. if they are unable to care for themselves without becoming a public charge and federal laws have stated that foreign nationals generally must be self-sufficient.”

“(The rule change) doesn’t inspire people to be self-sufficient, which is what they are saying,” he said. “Instead it hurts and harms families.”

“The changes are harmful to the community,” she said. “Where we see incredible value since the beginning of our country and what immigrants bring. Even if you are a proponent of limiting immigration, it is a terrible way to achieve that.”

To make a comment on the proposal, visit www.federalregister.gov. 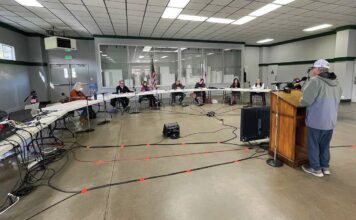