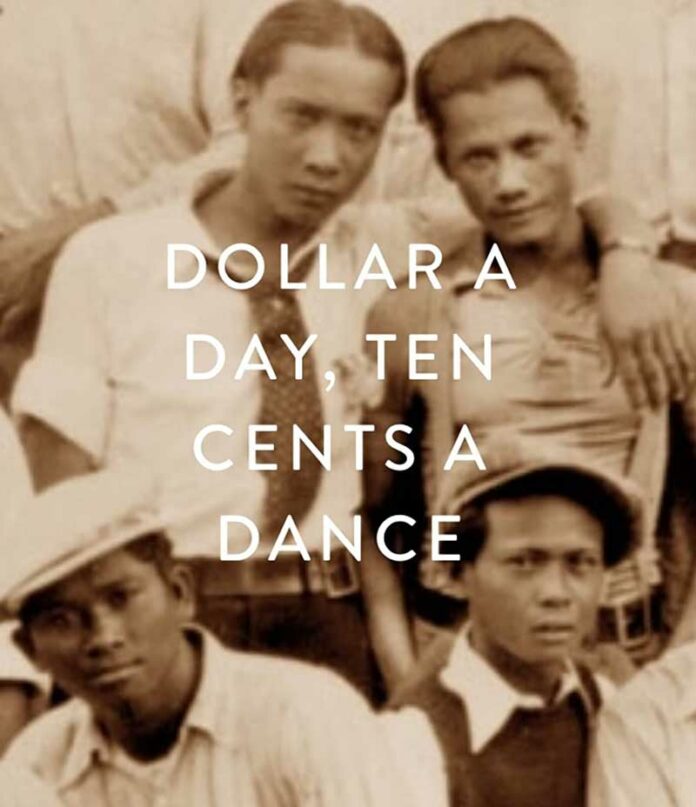 WATSONVILLE—This Sunday the Tobera Project, a local initiative aiming to preserve and celebrate Watsonville’s Filipino history, will host a virtual film screening in commemoration of the anniversary of the 1930 Anti-Filipino Watsonville Race Riots.

“A Dollar a Day, Ten Cents a Dance” is a portrait of Filipino agricultural workers who immigrated to the United States in the 1920s and ’30s in search of prosperity and opportunity. The short film tells the story of these laborers in Watsonville and the greater Monterey Bay area who routinely faced discrimination, harassment and violence during that time.

The 1984 short film includes interviews with a group of Manongs, or first-generation immigrants, who tell first-hand accounts of the turmoil leading to the riots in January of 1930, including the killing of Fermin Tobera, which made international news and sparked more riots in the region.

“This screening is a really great opportunity for folks to hear firsthand from that generation … to hear their experiences,” said Amanda Gamban, a project coordinator with the Tobera Project. “It’s a way to continue that conversation.”

The title of the film alludes to how, due to the exclusion of Filipino women from labor immigration, men often found themselves mingling with white women at the local dance hall in Watsonville. For 10 cents—a rather large portion of their $1 per day wage—they could have a dance. The hall was one of the first places attacked during the riots.

“Hearing directly from the [Filipino-American] men themselves, about what they went through … It’s powerful,” Gamban said. “And it shows their resilience, as well. They were working in the fields for most of the day, but they still found time to really enjoy life as best they could. It’s a glimpse into what their life was like.”

Sunday’s event is the second in the Tobera Project’s “Talk Story” series, the first of which was held last fall. The series is an extension of Watsonville is in the Heart, an ongoing project that has included an exhibit at Watsonville Public Library, an annual calendar featuring local Filipino community members and history, and partnerships with UC Santa Cruz and the Santa Cruz Museum of Art & History.

Dr. Steve McKay, the co-lead researcher for Watsonville is in the Heart and director for the Center of Labor Studies at UCSC, said that the film screening is meant not only to highlight the riots but also celebrate the Filipino community as a whole.

“[The riots] are finally starting to get recognized as an important event, not only in Filipino history, not only in Asian-American history, but American history in general,” he said. “But that’s kind of the only thing people have heard of. It’s a very important thing to mark, but we also really wanted a chance to show the real diversity and depth of the Filipino community in Watsonville, past and present.”

Added Gamban: “The film is a real preservation of history. Speaking to the families … Many people have family members or friends who are in the film, or were part of it in some way. They can go back and watch it to see them. It’s something they can treasure.”

Sunday’s screening will be held at 5pm on Zoom (registration is required). Following the film, McKay will facilitate a discussion with two special guests: Director of the film and local historian, Geoffrey Dunn, and producer George Ow, an outspoken advocate in the local Asian-American community.

Watsonville is in the Heart and the Tobera Project as a whole has been gaining traction for the past two years. Gamban praised the community for their continued involvement, especially Roy Recio, who originally kickstarted the project.

“I really want to emphasize how incredibly community-driven this project is,” Gamban said. “How it has evolved over time, with Roy being at the heart of it all, holding all the pieces together. He has done an amazing job. We’re creating such a big family, connecting everyone again … encouraging everyone to learn more about this history and build relationships.”

Sunday’s event is presented and made possible by the Arts Council Santa Cruz County and the California Humanities organization. To register go here.

Mariners looking to make some noise in league play | Girls...