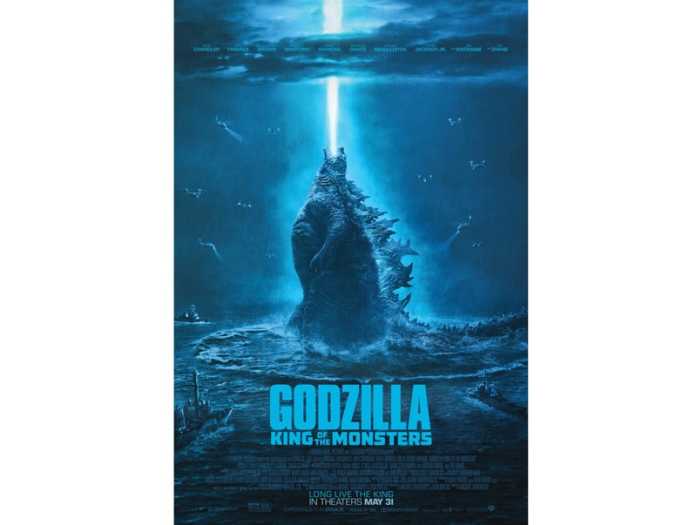 Film Talk | Hollywood: out of ideas or playing it safe?

Last week my friend and I saw “Godzilla: King of the Monsters” at Watsonville’s Green Valley Cinema. It wasn’t something I was planning on doing, but I hadn’t seen my friend in weeks and the theater’s “Fiesta Tuesday” offer allowed us to score tickets that were only $6.50. So why not?

I wouldn’t say “Godzilla” was a terrible film, but it was pretty darn mediocre.

You might say, “Well of course it was bad, Johanna—it’s Godzilla!” But honestly, I am not someone who is under the delusion that fantasy and science fiction is inherently awful. In fact, it has always been my favorite genre. I truly believe that if a story and its characters are solid, any kind of movie can be good—be it a small independent drama or an epic space adventure.

Unfortunately, I found myself twiddling my thumbs in the theater during “Godzilla,” wondering if (i.e. hoping) the current monster battle happening on screen was finally going to be the last.

And then I wondered, “Why the heck do they keep remaking these movies? Are there no original ideas in Hollywood anymore?”

The most obvious answer is money. Maybe Hollywood has realized that it can make a quick, easy buck by drawing viewers in to see stories and characters on screen they already know and love. Maybe they took a chance on an original script once and it didn’t work out, so they thought, “let’s be safe this time around.” After all, there will definitely always be people who go see a “Godzilla” movie for some good old-fashioned nostalgia.

But it gets frustrating when you imagine all of the writers out there who are coming up with original scripts every day. Could one of them be a gem? Could they have a great story, a great script, but be passed over for a remake or adaptation that is more guaranteed to make a movie studio money? Probably.

Authors of original novels, short stories, etc. get published regularly. Some have fantastic ideas, others not so much—but the point is that if a publisher sees promise, they will take a chance on a new story. I can’t say the same for screenwriters, especially those who aren’t yet established in the industry.

I won’t lie. There are a handful of upcoming screen adaptations that I am very excited to see. In particular, BBC’s new miniseries “His Dark Materials,” based on a book series by British author Philip Pullman that I have loved for decades. The series will be released through HBO later this year and I am ecstatic.

But wouldn’t it be incredible to see something completely original? Something so daring and fresh that it creates an entirely new film standard? Can we get to a point where creativity trumps profit?

Dear Hollywood: I know its tempting to put the incomparable Godzilla up on the big screen once again. He’s big, he’s fun and he will definitely make you some money.

But I implore you to take a chance on something new. You never know what might happen.