SANTA CRUZ — A new take on climate change is the topic of a documentary film made by two local videographers.

Created and produced by Lois Robin and Ed Schehl, “The Dirt on Climate Change” is a culmination of an eight-month project and will be screened Sunday in Santa Cruz.

The film tackles another way of approaching climate change such as managed grazing of cattle and other animals — or rotational grazing — which means the shifting of livestock to other areas of pasture on a regular basis to permit the recovery and growth of the pasture plants after they have been grazed. The advantage is that it allows carbon to be drawn down through the deep roots of perennial grasses and plants.

“We worked with limited resources for very far-reaching ideas,” Robin said. “This documentary was pretty difficult to make. We explore in the documentary an ecological and biological approach to climate change. The film shows how carbon can be sequestered from soil and plants, thus improving the climate.”

Robin, who has also released the 2016 film, “Climate Change Hits Home,” said topics covered include the importance of saving giant trees because they are the ones that sequester the most carbon, and how homeowners can find ways of catching and storing rain water in order to get it back into the soil.

“I have always been close to nature and had a lot of respect for it,” Robin said. “There’s a wide movement where the ecological approach to climate change is being used, but is not used that much in Santa Cruz County.”

Robin said many countries around the globe are making advances in combating climate change with these alternative approaches, including Slovakia, where restoring pieces of land is taking hold. Australia is using advanced grazing practices, as another example, to restore “desertified” land.

“These methods can actually change the water cycles of the land,” Robin said.

Not tilling the soil is also an approach that is gaining momentum, Robin said.

“The disadvantage of tilling is that it disrupts the insect colonies, micro-organisms and fungi that makes the soil so fertile,” she said. “The whole idea hasn’t become really clear here in Santa Cruz County. I’m excited about these ideas and I hope people adopt these ideas.”

“The Dirt on Climate Change,” the fourth film that Robin and Schehl have put together, will be shown at 3 p.m. Sunday at the Resource Center for Nonviolence, 612 Ocean St., Santa Cruz.

The event is free but pre-registration is required. Space is limited. For information, call 423-1626 or visit www.rcnv.org. 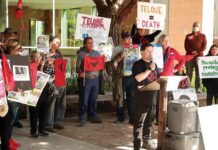 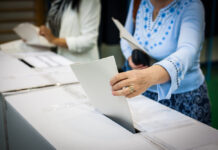 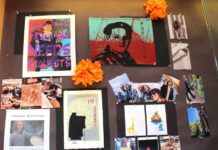 TARMO HANNULA - September 30, 2022
Note: reporter Todd Guild contributed to this report SALINAS—The pesticide Telone–also known as 1,3-D–is thought to be so dangerous that it is banned in 34...