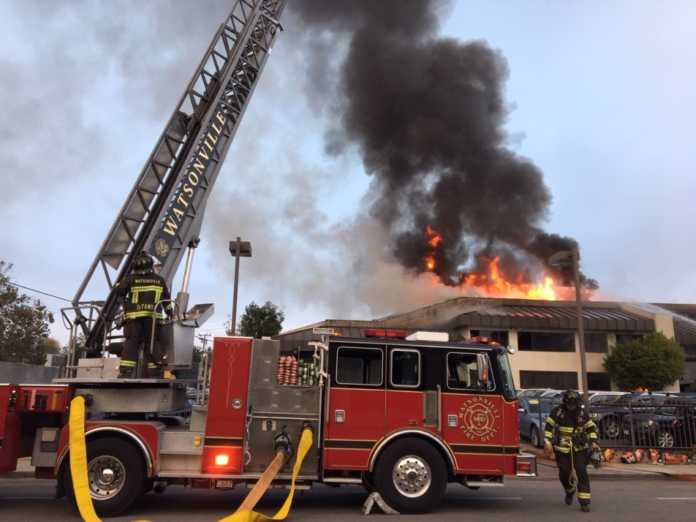 SANTA CRUZ — A massive structure fire broke out Sunday morning at the Auto One car dealership in Santa Cruz.

Firefighters from across the county, including Watsonville Fire Dept., responded to the two-alarm attack at around 7 a.m. Small hot spots within the complex were still burning at noon.

The heavily traveled intersection of Poplar Avenue and Water Street will remain closed throughout the day.

Battalion Chief Daniel Kline said there were no injuries, and the cause of the fire is still under investigation.

ABOVE: Smoke pours out of a car dealership complex Sunday morning. (Photo by Tarmo Hannula)

ABOVE: Firefighters battle flames from atop the roof of Auto One, located at 1215 Water St. (Photo by Tarmo Hannula)

A section of Auto One in Santa Cruz collapsed as a result of Sunday morning’s fire. (Photo by Tarmo Hannula)