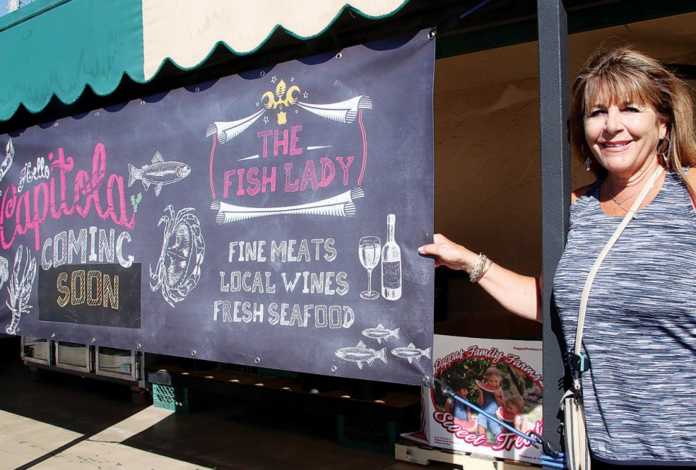 SOQUEL — For a quarter of a century, The Fish Lady has sold her wares from a tiny corner of a property in Soquel.

Also known as the fish lady, Sharon Hadley has moved to a location in Capitola after her former property imposed a rent increase, pricing her out of the market.

The new location at 700A Bay Avenue is adjacent to the Capitola Produce Market and near Gayle’s Bakery & Rosticceria.

Still in the midst of moving, Hadley was excited about the new location.

“One door closed and another one opened, as far as I’m concerned,” she said.

Hadley described her business as a specialty gourmet market offering fresh fish, meat and poultry. She also sells wine and beer. She hopes to bring her Friday BBQ specials back soon.

Hadley said she has been beset by numerous calls from her customers since she announced her abrupt displacement.

“My success is due to my relationship with all my customers,” she said. “I wouldn’t serve it to someone if I wouldn’t eat it.”

The Fish Lady will host a grand opening in early October, Hadley said.

The Fish Lady is now located at 700A Bay Ave. in Capitola. For information, visit www.thefishladysoquel.com or call 475-6044.