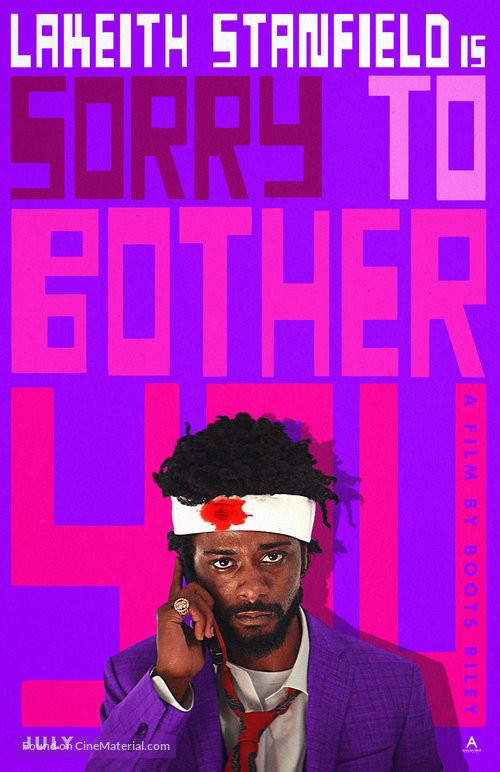 For the Love of Flicks: Summer '18 stacked with interesting movies

One could make the case that the summer movie season started with the release of Disney’s behemoth, “Avengers: Infinity War,” on April 27, but, hey, this is my column, so I make the rules. I would say the summer blockbuster season usually begins on the first weekend of May, but the last two weeks have been filled with duds and small independent flicks. There was no way I was going to watch “Breaking In” or “Life of the Party” last weekend — I think I’ve had my fill of Melissa McCarthy playing the same “aw-shucks-look-at-miserable-me-fall-off-of-things” role. So here’s my look ahead at the upcoming summer movie season:

MOST ANTICIPATED
“Deadpool 2,” which debuts tonight, is near the top of my list, and all the word of mouth about the fourth-wall-breaking superhero flick has been positive. “Incredibles 2,” out on June 15, is finally here and I have not been more pumped for another animated movie since “Toy Story 3.” The first “Ant-Man” was a nice surprise in 2015 and the sequel, “Ant-Man and the Wasp,” releasing on July 6, looks like more of the same, albeit with more Evangeline Lilly and Michael Peña — sign me up.

Superhero movies out of the way, “Christopher Robin,” “Eighth Grade,” “Sorry to Bother You,” and “Hereditary” are all on my must-watch list. “Christopher Robin,” a CGI/live-action mix set for Aug. 3, brings back Winnie-the-Pooh and stars Ewan McGregor. “Eighth Grade,” listed for July 13, is a coming-of-age story that has hype akin to “Lady Bird” — my favorite movie of last year. “Sorry to Bother You,” coming out on July 6, stars LaKeith Stanfield in a role — a black telemarketer whose career is propelled by the efficacy of his “white voice” —  which seems he was born to play. And “Hereditary,” releasing on June 8, is going to make me sleep with the lights on for several nights, but I’m here for the scares.

HOPING FOR A SURPRISE
All I know about “Replicas” is that Keanu Reeves stars, but that’s all I need to know about this sci-fi film, which releases on Aug. 24. “Searching,” set for an Aug. 3 opening, seems like the 21st century thriller that finally sends every overly-protective parent off the edge and makes them chip their kids freshly out of the womb. “The First Purge” and “Uncle Drew” are completely different films, but I hope they will both be enjoyable garbage that I can laugh at with a group a friends. Please, Gary Ross, make “Ocean’s 8” palatable. I’m dying for a good heist movie, and the all-female sequel(?) set for June 8 has my interest.

I COULDN’T CARE LESS
I am definitely in the minority when I say this: I don’t need to see another “Jurassic Park” or “Star Wars” movie. “Jurassic World: Fallen Kingdom” and “Solo: A Star Wars Story,” out on June 22 and May 25, respectively, are definitely on my radar, but I think I would be just fine without seeing either. “Jurassic World” was an OK monster movie with a great cast, but I’m not onboard with secret agent raptors, as it’s been marketed in its trailers. As for “Solo,” origin stories are overdone, and a character as iconic as Harrison Ford’s Han Solo doesn’t need one.

Quickly, when are producers going to realize Dwayne Johnson is three times the size of a normal human and stop casting him in “everyman” roles? I get it, he’s a box office hit, but “Skyscraper,” set for July 13, looks like a flop waiting to happen.

Also, “Mamma Mia: Here We Go Again!”… The title says it all.

WHY?!
“Action Point,” which releases on June 1, is such a weird concept in 2018. The film stars Johnny Knoxville … yes the Johnny Knoxville of “Jackass” fame. I’m sure there are some people out there dying for a rehash of the dumb, dangerous and gross stunts the original cast made famous on MTV some 15 years ago, but I’m not one of them. I’ll say this, I actually liked “Bad Grandpa,” Knoxville’s last meld of over-the-top stunts and silver screen moments. But that movie was released in 2013, and I’m not sure if there’s still room for a film of that ilk.

Director Denis Villeneuve knocked me on my butt with “Sicario” in 2015, but the film’s sequel “Sicario: Day of the Soldado,” locked into a June 29 release date, just seems unnecessary and confusing. Villeneuve is gone and Emily Blunt, who was the heart of the film, is also absent. Benicio Del Toro will be back killing loads of drug lords, so I guess that’s something?

“Avengers: Infinity War” —The Avengers and their allies must be willing to sacrifice all in an attempt to defeat the powerful Thanos before his blitz of devastation and ruin puts an end to the universe.
Directors: Joe and Anthony Russo
Cast: Robert Downey Jr., Chris Hemsworth, Mark Ruffalo
R-P rating: 4/5

COMING SOON
Today
“Deadpool 2” — After surviving a near fatal bovine attack, a disfigured cafeteria chef (Wade Wilson) struggles to fulfill his dream of becoming Mayberry’s hottest bartender while also learning to cope with his lost sense of taste. Searching to regain his spice for life, as well as a flux capacitor, Wade must battle ninjas, the Yakuza, and a pack of sexually aggressive canines, as he journeys around the world to discover the importance of family, friendship, and flavor — finding a new taste for adventure and earning the coveted coffee mug title of World’s Best Lover.
Director: David Leitch
Cast: Josh Brolin, Morena Baccarin, Zazie Beetz, Ryan Reynolds

“How to Talk to Girls at Parties”: An alien touring the galaxy breaks away from her group and meets two young inhabitants of the most dangerous place in the universe: the London suburb of Croydon.
Director: John Cameron Mitchell
Cast: Elle Fanning, Nicole Kidman, Ruth Wilson, Stephen Campbell Moore

“Summer 1993”: After her mother’s death, six-year-old Frida is sent to her uncle’s family to live with them in the countryside. But Frida finds it hard to forget her mother and adapt to her new life.
Director: Carla Simón
Cast: Laia Artigas, Paula Robles, Bruna Cusí, David Verdaguer

Editor’s Note: For the Love of Flicks is a weekly movie column written by Sports Editor Tony Nunez. Contact Nunez at [email protected]