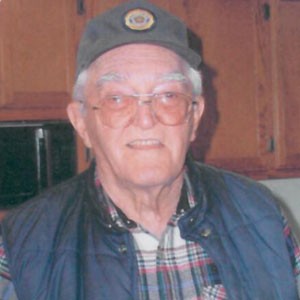 He was born July 15, 1920 in Cleveland, Ohio and came to California in 1922 with his parents and sister Alice. He went through the local schools, graduating from Watsonville High School in 1938. Frank left Watsonville to work for Douglas Aircraft, then served in the Army Pacific Theater. He was discharged in 1947 and went to work for Coast Counties Gas and Electric Company and in 1954 it was bought out by PG&E. Shortly after, he married his wife Sylvia, also known as “So So” by the many children she baby-sat for. They had one son, Daryl.

Frank was active in the P.T.A, Y Indian Guides, and the Boy Scouts; Cob Master for Pack 510 for ten years and Assistant Scout Master for Pack 560. He was active in both the V.F.W, as a Commander in 1982, and in the American Legion, as 1st Vice Commander, from 2002 to 2004. Frank also served as the President of the Pajaro Valley Stamp Club.

He was preceded in death by his wife in 1995 and his sister in 2005. He is survived by his son Daryl of Watsonville, 2 grandchildren; Daryl Cody Nekvasil and Krystal Nekvasil, both of Watsonville, and many nieces and nephews.

A special thank you to Rose Garden RCH of Watsonville and Santa Cruz Hospice.

A Military Graveside will be held February 9, 2018 at 11 am at Pajaro Valley Memorial Park in Watsonville. A Celebration of Life will follow at the V.F.W Hall in Freedom. Mehl’s Colonial Chapel was entrusted with the arrangements.