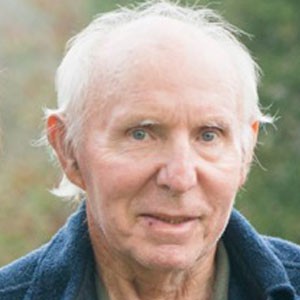 Frederick David Lint died peacefully in his sleep on November 15, 2017.  Born December 8, 1936, he was 80 years old and was a lifetime resident of Watsonville. Fred was a student at Radcliffe School, EA Hall and Salsipuedes School. He graduated from Watsonville High School in 1954.

After leaving high school, Fred began his basic training in 1959 at Fort Ord. He was a member of the Eleventh Battle Group, Third Brigade. Fred served at Fort Barry and Thule, Greenland. Upon leaving the service, Fred worked for Firestone Tire and Rubber Company for 18 years. When Firestone shut down in 1981, Fred became self-employed in the building industry. He left many happy families from Santa Cruz to Monterey with homes that were built to perfection because of his attention to detail. He even ventured to Long Island, New York to do a remodel on a horse ranch. Later in his career, Fred joined the Santa Cruz County Planning Department as a Building Inspector. He was highly respected by his colleagues and Contractors throughout Santa Cruz County.

Fred loved playing with his grandchildren, gardening and working in his wood shop. For many years, he volunteered to maintain the Little League field at the Fairgrounds.

Fred is survived by his wife of 57 years, Belia; sons David and Brian Lint; grandsons Chris, and Adam Lint and his wife Brittany; great-grandchildren Ainsley and Beau; and sister Betty Gray and her husband Leo Gray.  He is also survived by several loving nieces, nephews and in-laws.

A Celebration of Life will be held at a later date. In lieu of flowers, donations can be made to Visiting Nurses Association & Hospice.

We would like to give special thanks to Visiting Nurses Association & Hospice, in particular Lauren, Luisa, Anna, Jean, Andrea and Teri. In addition, we are grateful for the help of Veronica.