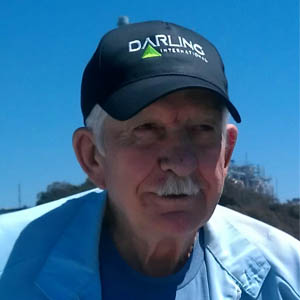 Gerald D. Brunner, also known to many as “Jerry”, passed away on Saturday, July 15, 2017 after a long illness.
He was born in Pella, Wisconsin on January 1, 1933 and was one of 11 children. He served in the Army during the Korean War and was stationed in Japan where he met and married his beloved wife of 64 years, Yaeko Sato. Upon his return from service he brought his wife and first born from Japan and eventually settled in Watsonville raising 6 children. He worked many various jobs before working for Martinelli’s, The City of Watsonville’s Water Department, then for Del Mar Foods as a mechanic where he retired in 1997.
After retirement he resided between Modesto, Ca. and Marina, Ca. to be near family.
He loved his family and was a good husband and father and loved being a grandpa and great-grandpa sharing his love and laughter with them.
He enjoyed treasure hunting at flea markets, yard sales, metal detecting, old airplanes and invention. He enjoyed the beauty of the ocean and would spend time with his wife parked enjoying a picnic lunch or a sunset. He regularly attended and enjoyed the Watsonville Antique Fly-in and Santa Cruz County Fair. He had a good sense of humor, and loved sharing stories and ideas of invention and made friends easily.
Gerald is survived by his loving wife Yaeko; and five children, Theresa (Dan) Concepcion, Thomas (Sherie) Brunner, Tammy (Carey) Witham, Linda (John) Crabtree, and Deborah (David) Smith. He also leaves 13 grandchildren and 9 great-grandchildren.
He was preceded in death by his mother Margaret Wasmund, his father Reinold Brunner, his son Gary Brunner, and his grandson Steven Concepcion.
After his cremation a Private Family Graveside Service will be held in Watsonville, where he will be laid to rest.